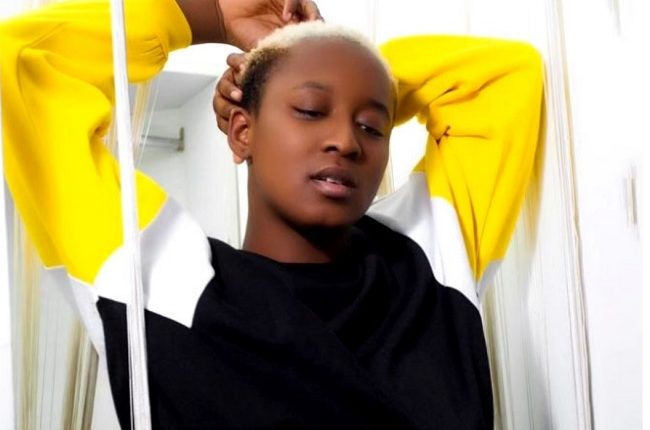 Everyone has got a life’s story. While some may be steering and cheering, others may have a dark cloud of bitterness and even sadness hanging over it. For Rachel Oluwabukola Martins known in the entertainment sphere as DJ Dimple Nipple, her foray into entertainment began in 2017 as a video vixen and it was a beginning she would prefer to put behind her.

After the death of her mother at the age of 15, the world before her was bleak as she had four younger siblings to look after. As a lover of dancing, she decided to try her luck as a video vixen. It was a yearning that led her to the world of video modelling and the beginning wasn’t as rosy as anything in her fantasy.

“The beginning of my career was as a video vixen but that didn’t pay off well because I was treated badly and they don’t pay well,” she recalled. “The first music video I was ever featured in was “Give Me Love” by Skales ft Tekno in March 2017 and when I got to the location on that day everyone was wowed, like, who’s this girl and they wanted me as the main vixen even though I was called as an extra. The girl that was called as the main vixen started acting up so I had to let her do her thing and guess what, at the end of the day the guy that was asked to pay us refused to pay me for my sweat.”

“First video shoot ever. I felt really bad because that was my only hope of surviving as at then and I was just 17. I lost my mom when I was just 15 and someone needed to sacrifice herself for my younger 4 beautiful siblings which I’m happy today that I did. I don’t think I should really go into that.
I had elder ones who decided to abandon us immediately we lost our mom and my elder sister was just 18 as at then but someone had to do something or else we would all end up useless in Nigeria.” she added.

With a shattering beginning as it was, Rachel Oluwabukola Martins a.k.a DJ Dimple Nipple would go on as a dancer and a video vixen. Her next stint as a video vixen was appearing in “Motigbana” video by Olamide’. She did a couple of auditions with Clarence Peters, the notable Nigerian video director but nothing of substance came out of it.

However, the big turnaround for her was her starring in Funke Akindele’s YouTube series known as “House Helps”. It was a move that opened another vista in her life, earning her the appellate of an actress.

The series, “House Helps” ran 20 episodes in which DJ Dimple Nipple was a prominent feature, dazzling with her acting and dancing talent.

To date, DJ Dimple Nipple seems to have made much of her life more as a dancer than any other thing. As a dancer she has collaborated with Hennessy, most of the time, as the official dancer on their events, like “Splash Off”. She is also the official dancer at G12 Beach where the likes of Wizkid and Tiwa Savage love to patronise.

In fact, according to her, Tiwa Savage and Wizkid were coming to G12 Beach to watch her dance and often posting her on their Instagram Story and Snapchat. It was through one of such postings by Tiwa Savage that caught the attention of Funke Akindele to star her in her YouTube series “House Helps”

“There was this time Tiwa Savage posted me and then Funke Akindele messaged her and was like who is this girl that everyone keeps posting and that she would love to come to this place and Tiwa Savage told her and then to my surprise I saw her on another Sunday because G12 Beach only opens on Sundays. Then Funke Akindele called me and got my contact and that was how I got to be featured in the series called “House Helps,” she recalled.

The British Parliament at the Westminster Hall held a debate on ‘e-petition 554150, relating to Nigeria and the sanctions regime’ on Monday. The government of the United Kingdom has however responded…My life as video  My life as video

The surprise visit made on Friday night by the leaders of the ruling All Progressives Congress (APC) to former President Goodluck Jonathan at his residence in Abuja triggered a stir in the major political camps, resulting in at least four possible theories…My life as video