‘My husband whipped me, chased me out ‘cos of his girlfriend’

•I caught her drinking beer —Husband 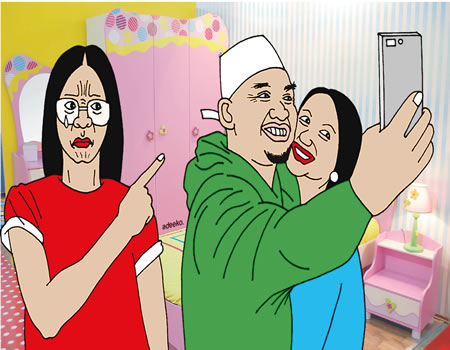 A 29-YEAR-OLD woman who is seeking divorce told a local court in Lusaka, Zambia that her husband has been changing wives like shirts and that the woman he is staying with is his seventh wife.

This is in a case in which Edith Mwalubemba, a businesswoman of Kanyama compound, sued her husband, Bernard Matutu, 35, a minibus driver of Mumbwa for divorce on allegation that he chased her from their matrimonial home and married another woman.

The two got married in 2014 and have one child.

Edith told the senior court magistrate, Abbyshine Michelo, sitting with magistrates Lewis Mumba and Esther Mulomba at Kanyama Local Court, Zimbabwe that  Bernard has been marrying on many occasions and that he was now living with his seventh wife.

Edith said that  Bernard had a girlfriend who called at awkward times and that when she called her,  Bernard came at1:00 a.m , whipped and chased her from their matrimonial home.

Edith further said that since she left on June 25, 2016,  Bernard had not come to see her.

In defence, Bernard said that problems started just after a year and some months into their marriage.

He explained that on Christmas Day in 2015, he found Edith drinking beer at a tavern and he beat her.

Bernard said that after harvesting maize, Edith and his other wife connived and hid some of the crop at a neighbour’s place.

The magistrate, Michelo said that  Edith and Bernard separated for a period of six months, adding that there were serious accusations which the court could not ignore for  Edith to remain in their marriage.

He granted the couple divorce without compensation but  Bernard was ordered to pay child maintenance fee of K400 per month.

Property jointly acquired were to be shared equally.

My wife eloped with her herbalist-lover for 8 yrs —Man

He refused to pay my medical bills, hid money in his wardrobe —Wife