•She is deceitful, rebellious —Husband 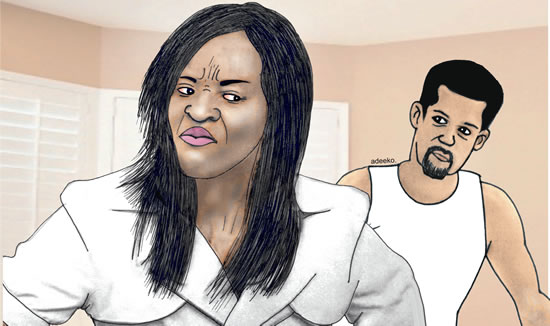 Abdulai in his divorce suit alleged that his wife was deceitful and rebellious in nature.

The plaintiff explained that the defendant introduced him to her mother’s family instead of that of her father when they were preparing for their marriage.

According to him, her father’s family came demanding that he carried out the normal marriage rite which included payment of dowry a few months after they got married and dowry paid.

Abdulai further said that Nofisat was stubborn and in the habit of flouting his orders.

The plaintiff stated that their home knew no peace because he and his wife were always at loggerheads which often resulted in the two of them fighting.

Abdulaia added that Nofisat made life difficult for him and refused that their marriage work.

He, therefore, prayed the court to end their marriage and grant him custody of their children.

Nofisat gave her consent to divorce.

The defendant stated that the plaintiff cared less about her and constantly neglected her.

Nofisat added that he extended his irresponsible act towards their children and especially the youngest whom he failed to give attention even when he was sick.

The defendant stated that she took their child to her parents’ place in order that he could get adequate medical attention, but to her chagrin, her husband took another wife before she returned home.

Nofisat denied fighting her husband and entreated the court to grant her custody of their children.

Abdulai, recounting Nofisat’s misdees, said: “My lord, if I had known that Nofisat would make my life unbearable in marriage, I would never have sought for her hand in marriage.

“I realised a few months after we got married that she was full of deceit.

“The wool was pulled off my eyes when her father’s family members started demanding that I carry out the normal marriage rite and pay her dowry.

“It took a lot of intervention by my family members and friends before this issue was ironed out,” the plaintiff stated.

“My wife is rebellious and flouts my orders at will. These lead to constant fight in our home.

“Nofisat paid a relative of mine a visit against my wish and this caused more strain in our relationship.

“My wife lied to her mother that I neglected her. Her mother insisted that I rent a shop for her to sell her goods, but I refused.

“I told them the frontage of our house was spacious enough to display her wares.

“She became cold towards me after this and refused to carry out her duties towards me.

“My lord, I decided to take another wife because Nofisat pushed me to the wall. Hell was let loose in our home immediately my second wife moved in.

“Nosifisat refused that my new wife and I know peace. She turned our home to a boxing arena.

“Her mother later came for her and she went with the youngest of our children.

“I paid her mother many visits, pleading that she let my wife go back home with me but she refused.

“My lord, my mind is made up. I want the union I contracted with Nofisat dissolved today. But I plead that the custody of our children be granted me, “the plaintiff pleaded.

Nofisat responding said, “My lord, I agree that my marriage to Abdulai be dissolved because he has refused to carry out his duties towards me.

“Abdulai cared less about my welfare and constantly neglected me.

“He extended his hostile behaviour towards our child whom he gave no attention and showed no love when he was sick.

“My mother came to my aid. They took me and our child to their house and got the baby admitted in the hospital.

“My lord, I stayed back at my mother’s place nursing our child back to health. But to my chagrin, on my return to Abdulai’s place, he has taken another wife.

“My lord, Abdulai lied that I was always fighting him. He is a betrayer and was looking for an excuse to support his shameful act,” the defendant concluded.

Ruling after he had heard both parties, the court president, Chief Ademola Odunade dissolved their wedlock.

Preservation of African culture is our focus at CBAAC —Amao

‘My husband wants to steal my house; I always beg him for sex’