•I’m fed up with her —Husband 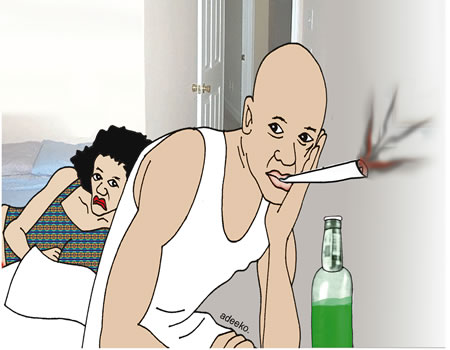 An Igando Customary Court, Lagos, Lagos State, has dissolved the marriage between a 35-year-old trader, Chioma Izu, and her 40-year-old husband, Nwanze Izu, on grounds of threat to life.

In his judgment, the court president, Mr Adeniyi Koledoye, said it was proper for both parties to go their separate ways since the marriage has broken down irretrievable.

“Since both parties consented to the dissolution of their marriage, this court has no choice than to dissolve it.

“Both of you henceforth cease to be husband and wife.

“Each of you should go your separate ways unmolested. The court wishes both of you well in your future endeavours,” he said.

According to the News Agency of Nigeria (NAN), Koledoye ordered the petitioner to return the N10,000 dowry paid by the respondent.

Chioma had earlier approached the court to terminate her four-year-old marriage, accusing her husband of threatening her life.

“My husband turned me into his punching bag. He becomes angry any time I asked him for money and would descend on me with punches.

“On many occasions, he would grab my neck and attempt to strangle me, saying he would kill me with his bare hands. But I always escape.

“I am afraid I might not be lucky a next time,” she told the court.

The divorce-seeking woman accused her husband of embarrassing her parents in the public. She also accused the respondent of smoking Indian hemp.

“Whenever we had any slight misunderstanding, he would rush to my parents’ house or to the park, seize the motorcycle he bought for my father, and would return it days after several pleading.

“He keeps boasting in the public, telling everyone who cares to listen, that he bought my father a motorcycle,” she added.

The petitioner pleaded with the court to end their marriage, claiming she no longer loved her husband.

“Please, end this marriage so that I can return the dowry he paid on me and live the remaining of my life well,” Chioma pleaded.

Nwanze, however, denied all the allegations.

He said he never beat his wife nor threatened her life.

“I have never raised my hand against her nor threatened to kill her.

“I have never taken any hard drugs in my life, neither do I embarrass her parents in the public,” the respondent said.

Nwanze consented to the dissolution of their marriage, saying he was also fed up with the union.

‘My husband fails to care for me, our child, abuses me verbally’