My husband relocated abroad without telling me, woman tells court 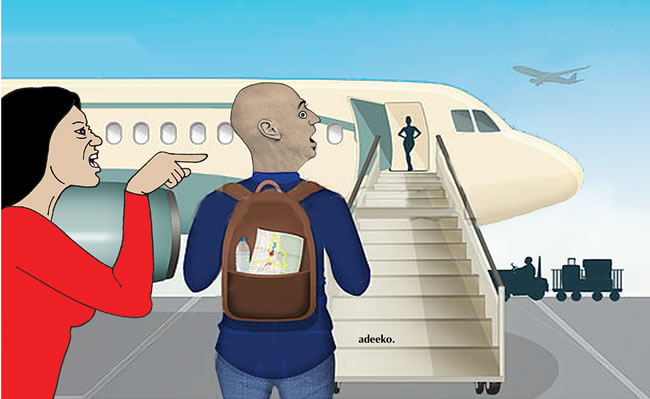 Rukayat in her divorce suit alleged that her husband deserted her eight years ago.

The plaintiff claimed that the defendant left the shores off the country to seek greener pastures without informing her.

According to Rukayat, Oluwafemi contributed nothing towards the upkeep of their only child, adding that he swindled her of N1million in the guise of making arrangements for her joining him abroad.

Rukayat prayed for the custody of their child but appealed to the court to make her husband responsible for the child’s welfare.

“My lord, I have not set my eyes on my husband for the past eight years, “Rukayat stated while giving her evidence.

“I got married to Oluwafemi 16 years ago and our marriage is blessed with a female child who is 15 years old.

“Like every other couple, we had our ups and downs, but we were able to cope with and manage our issues well.

“My husband one day suddenly disappeared from home. He didn’t give a clue as to his whereabouts while his phone was switched off.

“None of his friends knew where he was and same with his parents.

“His parents and I went in search of him for weeks but there was no trace of him. We finally decided to make a report at the police station and then resigned to fate.

“My lord, my husband called me on the phone a year and four months after he left home. I thought I was dreaming. I didn’t believe it was his voice I was hearing.

“He told me after I had calmed down that he was calling from abroad.

“He apologised for not taking me along with his plan and explained that he had to leave the shores of the country for greener pastures.

“We started communicating on the phone after this and he promised to come home to see me and our child. I looked forward to his coming for five years but he failed to come.

“He carried out no responsibility on our child since he left. He did not send us a dime.

“My lord, since my husband refused to come as he promised, I suggested that I should come to him.

“He initially disagreed stating that the cost was too high and unaffordable for him. According to him, he would need about N1.5 million to facilitate my relocating abroad.

“Not giving up, I told him I would source for N1million and send it to him while he should provide the remaining N500, 000 and he agreed.

“I sent Oluwafemi the N1 million within one month. He received it but refused to make any arrangement with regards to joining him. He also stopped talking to me on phone, “the plaintiff explained.

“I reported him to his mother who got angry with me. She was annoyed I sent my husband money. According to her the reverse should have been the case.

“My lord, Olufemi has wasted my time enough. I want to move on with my life which was my reason for coming to court.

“The court summon was served his mother with the consent of his siblings. His family members are obviously not in support of the way he treated me.

“I entreat this court to please honour my prayer and dissolve our union.

“I also entreat the court to grant me custody of our only child but make him responsible for her upkeep, “Rukayat pleaded.

Ruling after he had heard the plaintiff, the court president, Chief Olasunkanmi Agbaje dissolved their wedlock and granted custody of their child to the plaintiff.

The defendant was asked to pay the sum of N20, 000 every month for their child’s upkeep.

I cheated on my husband only three times, please, spare my marriage,woman pleads

‘I discovered my wife is mentally ill after she stripped naked, destroyed my property…