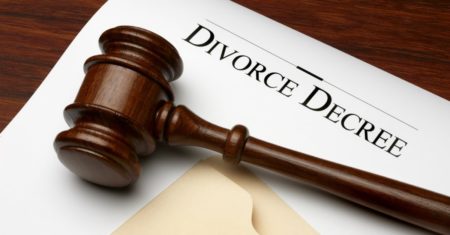 A 48-year-old wife, Abosede Balogun, on Thursday, pleaded with a Lagos Customary Court to dissolve her 25- year-old marriage, calling her husband a ritualist.

“My husband performs rituals even at night; he once brought a ram to the house to slaughter at midnight. I don’t feel safe living with him,” Abosede told an Orile Agege Customary Court.

Abosede, a trader, who resides at 29, Old Ipaja Road, Agege, a suburb of Lagos, was responding to a divorce suit filed by her husband, Idris Balogun.

She said her husband’s behaviour changed shortly after married and since then, he has been looking for ways to fight her on the slightest provocation.

“I once caught my husband at midnight covering one of our children, who are physically challenged with a white cloth.

“I threw the cloth away and burnt it and he fought me because of this.

“There was a day that my husband and his brother brought a ram to the house, they waited until midnight before they slaughtered it, I was watching through the window.

“They hung the ram in our compound for days, “she said, urging the court to dissolve the marriage.

Balogun, 53, a father of three, who got married to Abosede in 1993, told the court that his wife had been floating his instructions and that she also got into a bad company.

“My wife doesn’t respect me, she once travelled to Dubai with her friends without my knowledge.

“I feel threatened by her moves these days, I am not secure seeing her with different types of bad women who do not have homes, ” he said.

Balogun urged the court to dissolve his loveless marriage and grant him the access to their children between ages 17 and 22.

The court’s President, Mr P. A. Williams, observed that efforts to reunite the couple had failed.

“The court cannot force two unwilling parties to live together, ” he said.

The case has been adjourned until May 3 for judgement.

Wife drags husband to court for calling her prostitute

My husband is violent, threatens to pour acid on me, wife alleges in court