•She threatened to deal with me, went away with my customers’ refrigerators —Husband 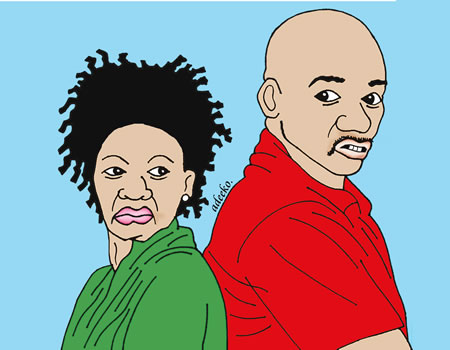 A Lusaka Military woman has narrated how her lover eloped with her maid, while she was on night duty.

Comfort, who was testifying in a case in which she was sued for restitution of property, accused Betenico of being promiscuous.

The court heard that Comfort seized Betenico’s keys to the shop for over six months.

“We got a loan from AB Bank and I am the guarantor. It is true that I seized the keys to his shop because he has been deserting home on different occasions. I don’t know where he is staying at the moment and the bank has been on my neck,” Comfort said.

She told the court that she had realised that Betenico did not love her but only wanted to use her.

“This man is not grateful. I have been looking after him and buying everything but he doesn’t appreciate all these. He got my maid and has been telling her family that I maltreated her.

It is better we go our separate ways because I have realised that this man does not love me,” Comfort said.

In his testimony earlier, Betenico told the court that Comfort  seized his keys because he dumped her.

Betenico stated that Comfort was always threatening to deal with him for dumping her.

He told the court that, “Comfort got my keys and went to the shop in my absence to carry away six refrigerators.

“She did not end there.  She also got my groceries and shared them out to other people,” Betenico said.

Betenico stated that despite pleading with Comfort to surrender the keys, she refused and told him that he could not do anything because she was a military woman.

The defendant said he has lost quite a number of businesses  in the six months his shop  was closed and therefore appealed to the court to compel  the plaintiff to give him back the keys.

“The refrigerators she carried away are not mine. They were brought for repairs by my customers. People brought them to me for repairs and they are on my neck  ,” he said.

The magistrate, Kaputo Ng’andwe after listening to both parties adjourned the case.