My husband denied paternity of my pregnancy, refused to come home —Wife

•I slept with her only once, the pregnancy can’t be mine —Husband 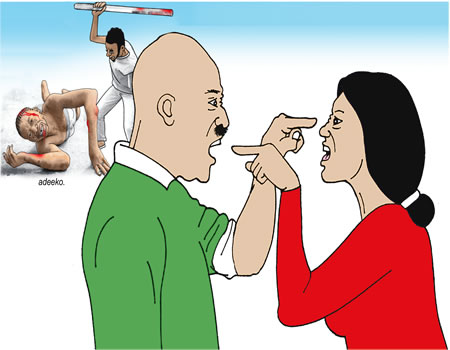 According to The News Agency of Nigeria (NAN), Odunade held that the court put an end to the union between Ruth and Anani because their love is based on deception.

He granted custody of the two children produced by the union to the plaintiff and directed the respondent to pay a monthly feeding allowance of N8,000 for the children’s upkeep in addition to being responsible for their education and other welfare.

The arbitrator also directed Ruth to find out the age of the pregnancy so that adequate test could be conducted on unraveling whether Anani was responsible or not.

Narrating her ordeal, Ruth who lived at Popoyemoja-Bode area in Ibadan said that she made up her mind to part ways with her husband because he refused to take responsibility for impregnating her.

She added that Anani completely changed his attitude negatively the moment she informed him of her pregnancy.

“For a whole month now, Anani has refused to come home even though I was the one that rented the apartment.

“He has not given me anything for the antenatal because he said he was not responsible for it.

“He is a womaniser and goes out with different ladies but he lies to me.

“Besides, Anani is fond of beating me and not catering for the two children we earlier had,” Ruth explained.

The respondent who lived at Oranyan area consented to the suit, but denied being responsible for the pregnancy.

Anani who earned his livelihood as a poultry worker stated that he only slept with his wife in February and that Ruth was a wayward wife.

“Ruth is a very troublesome person and she often tore my clothes to rags anytime there was a misunderstanding between us,” Anani said.

Travel ban: ‘Infiltrators will be sent back home, won’t be allowed to escape’