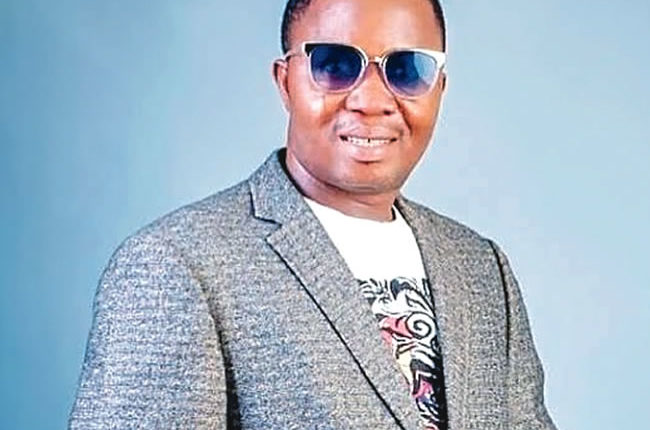 Actor, director and producer, Olu Olowogemo, popularly known as ‘Mr Portable’, has been in the movie industry for a long time and has assisted several upcoming actors to become stars. The award-winning actor, who is best known for playing comical roles in movies talks about his career and the Yoruba movie industry in this interview by FEMI OGUNTAYO. Excerpts:

We have heard of how you helped a lot of actors grow and become stars in the movie industry, can you tell us how and when you joined the industry?

I joined the movie industry in 1992 under the Olaiya films platform. Olaiya Igwe (Ebun Oloyede) is a brother to me and I grew up watching his movies and stage plays. We also lived in the same area and I developed an interest in what he was doing. So, in 1992, I went to meet him at a movie location because he already left our area by that time. I met him through Oyebola Ogungbe – Baba Ogungbe’s son, he was the one who told me Olaiya was recording a film at Baba’s place. So, I met him, I told him I would also like to join him in the acting business and from there I started following him to movie locations.

In 1996, I started my own theatre group and in 1998 I organised a stage play, which I called ‘Ajule Orun’ in Abeokuta and people had to pay to enter and watch it. We showed it for a fee of N20, so that was how it started. In 1999, I took one of these secondary school books titled: ‘Abere Oro’, I got the right from the author and we started showing it on stages around schools. Then, in 2000, I did a soap opera from which I did another movie in 2001, the following year – 2002, I also produced another movie. So, that was how it all started.

Tell us about some of the challenges you faced while trying to get a footing in the industry.

There are lots of issues we face on this job, especially finance, where we would have to borrow money to shoot movies. This was around N3000 – N6000 then, but when it got to around 2005/06, I started getting recognition with some of my movies and it was during this period that I did movies like ‘Omidan Olaitan’, ‘Woko Alagbara’, Bosun Omo, Yankee and many more. So, we faced a lot of challenges when we started but by the grace of God, the challenges are becoming less these days.

Which of your movies would you say brought you to the limelight and why?

I would say ‘Bosun Omo Yankee’ because it’s a movie I produced myself and I played the lead role.

What happened in TAMPAN this year, from the suspension of some members over misconduct, the Esabod issue among others, what would you say is responsible for the reoccurrence of these issues?

The only issue about Esabod is that I detest the fact that she was disrespecting and saying insulting words about our elders in the industry.  So, I voiced out because she can’t just continue to insult these people, we will also grow old and when we gave her what she deserved, she has stopped insulting our elders. On TAMPAN, the association is doing fine; there is nothing wrong with us. The reason why people are hearing about TAMPAN is that most of these Instagram actors who just want to chase clouts are mentioning TAMPAN and on the issue of suspension, anyone who misbehaves would be sanctioned and if the person realises his or her mistakes and apologises, the person would be forgiven.

What inspires your kind of movies, storyline and the kind of soundtrack you give your movies?

That is as a result of where I learnt the art of theatre because it was not as if I went to a school to learn all these. The thing is, because of how we were trained, no matter how modern my stories maybe, I would still try to make sure our culture reflects in it. On the soundtrack, I also make sure it is unique and ensure everything is not just done digitally, so we make use of the talking drum and make sure we use traditional styles of songs like Apala and the likes.

If you had the chance to change anything in the Nigerian movie industry, what would it be?

I would love to change a lot of things in the industry, things that I believe will be of great assistance and be of help to those of us already in the game and those who are up and coming.

Has your height ever been a challenge to your acting career?

Yes, my height used to be a challenge to my acting career because when I was still struggling to make a name for myself and was still an upcoming actor, there were some roles that ordinarily I should get but right in my presence I would hear some directors say, ‘No he can’t play the role, he is too short’. Now that I have the name, as short as I am, I now play the role of someone like Ronke Oshodi’s husband in a movie. (Smiles)

What was the best moment of your acting career?

I cannot really say this day is my best moment because I have several moments in my acting career that I regard as great. But on this job, I have been able to travel outside of the country; I give God all the glory.

What about your most embarrassing moment?

There are a lot of moments. Moments like when we want to shoot a movie at a particular location or one is just passing and some touts may want to collect what they call ‘owo ile’ and if we don’t give them, they will start embarrassing us, saying they won’t allow us to use that location or won’t allow us to leave. These are embarrassing moments and many more that I can’t even be mentioning right now.

What are your plans this year, moving forward and what should your fans expect from you?

For a long time now, I have not been producing a lot of movies, but right now I want to produce more movies if I get support. I have a new movie coming out also which I will be launching this month, after which it will be released. Then I plan to have some investment in the soap making industry. I plan to have a soap production brand which I will call ‘Portable Soap’.