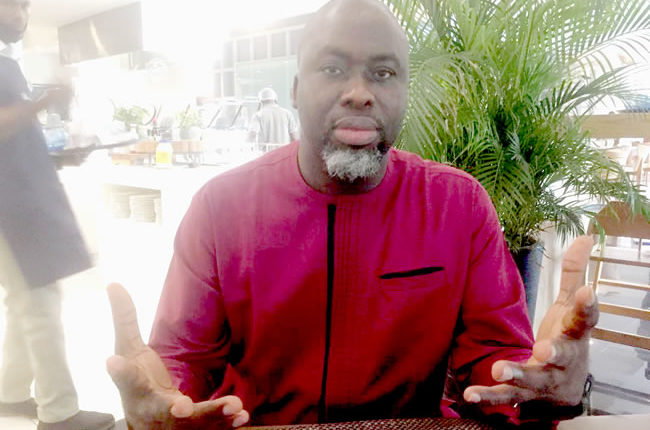 A former senior manager at Accenture, Michael Faniran, in this interview, told SEGUN KASALI his grass-to-grace story, including his married life.

You come from a humble background and you used to farm as a boy. How was life going to farm in those days?

Then, it was not fun because I thought I was doing too much. Every child actually wants to relax and play by staying at home and not going to farm. But again, that was the kind of training that became useful for us till today. At that time, we never saw it as fun but hard life. But again looking back now, it now turned to fun. During the holidays, we would go and live in the farm because we could not afford leaving home for the farm every day. So, during the long holiday, we stayed in the farm eating fresh food, pounded yam; there was no food rationing. This is just to let you know that farm then was not dangerous; as young as I was, I could go to the farm alone and come back alone without any problem.

Can you remember some pranks played during those days on the farm?

Yes, I did play some pranks. You’ve got to tell lies to get yourself out of some troubles. I think there was one that my young nephew and I played. We were going to the farm that day and we went to go and look at something. So, that made us to get to the farm later than our father did. So, we had to play a prank. I told him to pretend as if he was having stomach ache (laughs) and for this, he did not work in the farm. I had to do both his work and mine (laughs).

There was discipline then, unlike now that you cannot beat your children. Then, for punishment, one could get a slap, beaten with a stick on the back and the flat side of the cutlass. Looking back now, those are the kinds of things that put us in check and prepared us for who we are today.

Those things have helped me to appreciate the grace of God for whatever I have today. When we were growing up then, I could count six months or more that one cannot even ride in a car; but now, I ride a car every day. Then, one was always singing to the plane whenever one saw it in the sky. But today, I have travelled to so many countries. So, it reminds one of the good old days. I also recall that we would eat plenty eba without meat. But now, I am served with several pieces of meat daily. So, it allows one to appreciate where one is coming from because it was not rosy, though we were not the poorest of the poor.

Yes. It was not rosy, but despite that, it was not difficult for me to pay school fees because I was the last born of the family and my siblings and others were all working. So, they suffered for their period. At my own time, I did not experience such. By the time I got to the university, it was pleasant because I could call any of them for my needs. I think I used to be more brilliant than now. From my primary three onwards and even at the university, I don’t think my position had gone below first position despite the fact that I came from the village. I think I was the second best student overall in my department and even in my faculty. This was borne out of the fact that you cannot be lazy with my father because he was hardworking and so, it is expected of you to be hardworking too.

Your dad must be tough then.

Ah, yes. He was a disciplinarian. I still remember the day I was leaving home on February 6, 1994 to join my uncle in Minna. There was an offence I had committed and he was already growing old then. So, he could not beat as much as before but he made sure I was punished for that offence. So, when my brother who used to discipline us came, he told him ‘this guy is traveling but there is one offence he has committed and I want him to be beaten for it.’ So, I was beaten to the extent that I still have the scar on my body. So, would I call that wickedness? No, because that prepared me.

What exactly did you do?

I think I was rude to an elderly man. So, he thought I should not have done that. And again, that prepared me that I should never be rude to anyone. Then, even after my secondary school education in 1993, I could not have a girlfriend because there was no way I could bring a girl home. Which house do you want to bring her to? I was so sure me and that girlfriend would be beaten blue black (laughs). So, this gives us a kind of discipline in the world where there is immorality now. It allows one to self-discipline.

Was it difficult meeting your wife because of your low social life?

Well, it didn’t affect me. Yes, growing up in a remote village affected my social life, but attending secondary school and mixing with other people upgraded my social life. However, I had a standard in marrying my wife. I did not want to marry someone who is too flashy, and flamboyant. So, one of the things that made me to marry my wife is the simplicity, even though she is very beautiful. Everything about her was natural. I just like people being natural.

I met my wife through a younger friend, Michael, in Ibadan. So, after my universi    ty days, my uncle moved to Ibadan and I also followed him since we were living together in Minna. She was undergoing a computer training course with Michael. One day, Michael told me that he had one beautiful young girl in that training school that he would love me to meet so that he could learn from me as he didn’t know how to ‘toast’ a woman (laughs). So, I said okay let us go there so that you can learn from me how to woo a lady (laughs). So, when I got there, I told him I actually love this woman. And again, one thing led to the other. I toasted her in front of him but she did not agree. But, we became friends for six years.

Yeah. Then, we were sending e-mails to each other. I was in Abuja while she was in Ibadan. So, we used to communicate by e-mails. Then again, she came from a very good Christian family. So, these were some of the things that got me interested. And it was not easy because I remember when she said yes to me, she told me I needed to meet her dad. Meeting her dad was another story because he was a disciplinarian. So, I had to do an interview just as you are interviewing me now. I did an interview for three hours. After about a week, he told me I passed the interview (laughs).

Was there anything she complained to you about?

There are lots of things my wife used to complain about when we first got married. But now, she is used to some because of my work. For instance, when we first got married, I was working in Kuwait then. So, we got married and moved to Kuwait. So, whenever I come back from work as a consultant, I would pick up my laptop and start working again especially after taking my dinner.

I did not know I was hurting her so much until she now voiced out and said “the computer has arrived and she would be at home from morning till night and when I come back, I would still go to my computer.”

I had to work on that and prioritise things. But, she got used to it. So, she has changed me in a lot of ways. I think one of the things she still complains about is the fact that I don’t compliment her. Probably she would make her hair; I would see it and not say anything. So, my wife would complain that ‘oh, I make this hair and you would not compliment me.’ Honestly, I had complimented her deep within me. So, I think it has to do with my background as a village boy (laughs). But again, I do notice now. So, I learnt a lot from that; that it is important to appreciate people. We should not only appreciate people in our minds, but there must be outward words of affirmation.

What are your indelible memories?

One of the experiences is that I lost some sisters and brothers growing up that I would have wished were alive today. It is an experience that does not make me happy whenever I remember it. But there are lots of happy situations as well. During exams, I would come first and get accolades amongst my peers. Also, I used to be an altar boy in the Catholic Church. I think some of the morals I have now were got from the Catholic Church. As Catholic Church altar boy, you have to be disciplined. So, I think the totality of what I went though actually prepared me for who I am today. That is why you see that I am not flamboyant maybe because I am a local boy. I am contented with what I have.

Let me tell you a story. When I got married, there was a time I travelled but I did not tell my wife the time I would come back. So, I now said I wanted to eat swallow. She said there was no stew. I was surprised and said: ‘you mean you don’t have stew?’ She now said what she meant was that there was no meat because she was not expecting me. So, I said I would eat it like that. My wife could not believe it because she did not have the kind of background that I had (laughs). So, I ate the food without any meat and told her that while we were growing up, we often eat without meat. She was surprised.

My life about impact, not amassing resources — Adeyemi-Showunmi

Despite being only child, mum didn’t pamper me —Williams