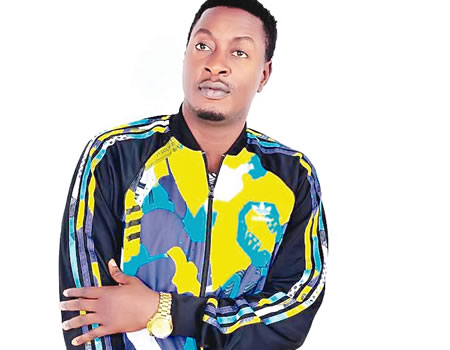 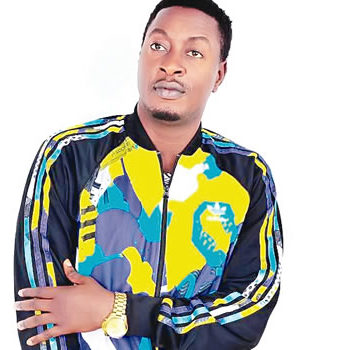 Taye Currency is one of the most successful Fuji musicians on the scene at the moment. Having just released a double album weeks ago, ROTIMI IGE caught up with him and presents an excerpt of their interaction.

You just released a double album. Tell us about it?
Yes, I recently released an album titled ‘Favour and Achievement. The 2-in-1 album title was inspired by the grace and favour that I’m enjoying from God because he is the one that can make every human’s dream come true. Also my fans’ support has been overwhelming beyond my imagination despite the fact that I based in Ibadan and not Lagos. Most think that you have to be based in Lagos to be a successful musician but the love has been massive. Every state or country that I go to perform in, I give glory to God for his favor and my achievements so far.

What will be unique about this album?
The album is very unique as I am using the album to share my experiences and encounter with God. I want my fans and supporters to also be a part of the favour and achievement that I am enjoying from Almighty Allah. My country home, which is a massive edifice, was also dedicated earlier this year and was part of my dream come true. I also wish that every of my fans dreams will come to reality.
There are a lot of lessons to learn from this new album because I tried as much as possible to make people enjoy a blend of dance, knowledge and wise words from it.

You have become the toast of Fuji lovers in the South West and Africa as seen by your recent travel to South Africa. Do you intend to take Fuji music worldwide?
Fuji is already known abroad, I give kudos to our fathers in the industry for the good job they started, which we have now continued. Fuji music is not only in popular in Africa but other continents. I was amazed by the reception I enjoyed on my last trip abroad where I went to four different countries, the love and acceptance was massive which prompted me not to disappoint my fans. It also inspired some tracks in my new album.

Many say Fuji music is for uneducated people. What are you doing to change this mentality?
Music is a thing of the mind and it goes beyond the genre, you will be amazed by the number of Fuji fans who are highly educated home and abroad…Fuji music is one of the few genres of music that conveys messages that will advice and educate both young and old.
It is also a creative genre of music that allows you to entertain, based on the environment, audience and mood. The delivery is incomparable and exceptional, so, gone are the days when people will say Fuji is for illiterates. My fan base is also a testimony to this as I have many educated fans and supporters.

Do you belong to any clique?
There is no clique like been widely insinuated in Fuji. It’s just their fan base that they are building not a clique and that happens in any music genre.

How do you intend to make Fuji music more accepted as a music form across Nigeria and the world seeing that hip hop has taken over?
We are trying our best but everyone needs to understand that every genre of music has their fans. Fuji music has been existing before hip hop and its fan base is also increasing, just like the hip hop. But trying to convert to hip hop, might lose the flavour that Fuji music has been giving its fans over the years. However, we will only make sure that we are updating and upgrading ourselves in every sector like in video and audio production so as to meet up with the fans’ demand and expectations, thereby making the genre competitive with others, worldwide.
We will make sure the Fuji brand is recognised around the world and we will need the support of everyone.

Is Fuji music a dying genre?
Fuji Music can never die because it is one of the oldest genres and its acceptance is even heavier than in the past. Hip hop cannot satisfy everybody because Fuji still has that creative way of penetrating different age groups, especially the matured ones. Our fathers that handed over the music, did their best and we are also trying our best to do it better so we can also hand over to the coming generations. This way the genre will not die because Hip hop was adopted from the western world.

What is next for Taye Currency?
We are working on a lot of new things and we will be unveiling as time goes on. We are also in talks with some corporate organisations on brand ambassadorship. I am just working on how to choose right, as we have different offers. My team has to carefully select so as not to be carried away with the offers because my fan base is the strongest in South West, so need to represent a brand that will benefit my fan base nationwide and globally.

Any videos/collaborations?
Yes, we are working on a video featuring Oritse femi titled ‘Taye Currency’ and two other more videos. I am also planning on collaborating with other artistes in Hip Hop industry. All videos will be dropping soon.

How do you relax?
I relax twice a week; the remaining days are for shows.

Tell us something not many know about you.
I started my music career in 1992 and thank God for his blessing. I am free minded and very disciplined person. I love sport, like football, tennis and swimming. I do not take anything alcoholic nor smoke. Many people don’t believe this but that is who I am.

Government policies not designed to favour their people only

Between ‘NBC’, musicians and the struggle for sanity of music

‘Saying there’s no money in gospel music is a fallacy’