My comedy sojourn from Abakaliki to Lagos —Comedian Okwute 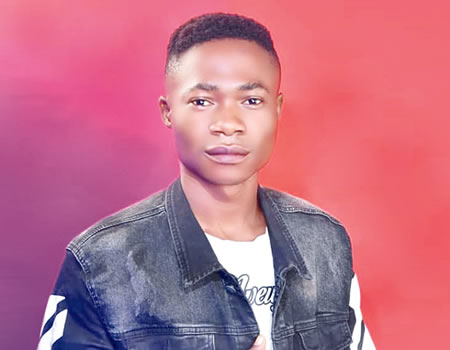 Agu Ifeanyichukwu Patrick, with the stage name, Okwute, is a fast rising comedian, who has joined the league of A-list comedians that sojourned to the West for career breakthrough. Having discovered his comic talent in Abakiliki, Okwute is currently making waves in Lagos. In this interview by SEYI SOKOYA, he speaks on his career and his vision for the comedy industry.

The complexity and variety of cultural influences are pretty upfront in your comedy. How much of your references are from your own heritage, idols and experiences and what did you grow up watching and listening to?

Growing up in Abakiliki, Ebonyi State capital helped me to develop some aspect of my comedy, such as the cultural and traditional part, the family roles and other important scenes in my works. I also learnt a lot from A-list comedians in the industry. I followed the works of people like Gordons, Basketmouth and I Go Die, among others. I became aware of comedy skits more when I moved to Lagos in 2014. The likes of Mark Angel’s comedy and Exploit comedy also inspired me.

How did you discover your passion for comedy?

Like I said earlier, the journey to comedy started in Abakiliki where I spent my teenage years. I joined a church drama group, though we were not many in the group; we were just about six, but we would always put up good drama scenes when required. In the drama group then, I had two brothers who wanted us to start filming our drama but I still can’t tell why the plan didn’t work out. Afterwards, my passion in what we were doing then grew. I took it serious unconsciously not knowing that I was preparing myself for the future.

At what point did the passion for drama turn to comedy?

Since I was following through with the zeal, I realised that it was gradually becoming a talent. In my secondary school days, I remember that I was the funniest guy then. So, I will say I took it up professionally in 2019 when I had a clear picture that it was my calling and the experience has been interesting.

Many up-and-coming comedians claim the industry is not usually friendly when trying to push their career up. What is the experience like for you? Did you also feel like giving up?

I was really excited about my first comedy skit and it made me so happy that I stood at the entrance to my street to inform people about my new comedy video, but with all my effort the first video only got about two hundred views on YouTube. This almost demoralised me and I wanted to give up on it, but I couldn’t because of my passion for comedy. So I continued and the rest has become history today.

Do you have a target audience?

It’s for everyone. But I do think it’s important to have comedy skits and art more visible these days, especially to ease tension in a country like Nigeria. What makes me the happiest person is seeing the younger ones like me getting into the comedy, especially the entertainment industry at large. From what I have discovered so far, entertainers, precisely comedians are doing great things in people’s lives. In fact, we could be referred to as ‘comforters’ through our initiatives.

What is that ‘crazy thing’ about you that your fans don’t know?

I don’t smoke, I don’t take alcohol and I am the second born.

What is your advice for your fellow comedians?