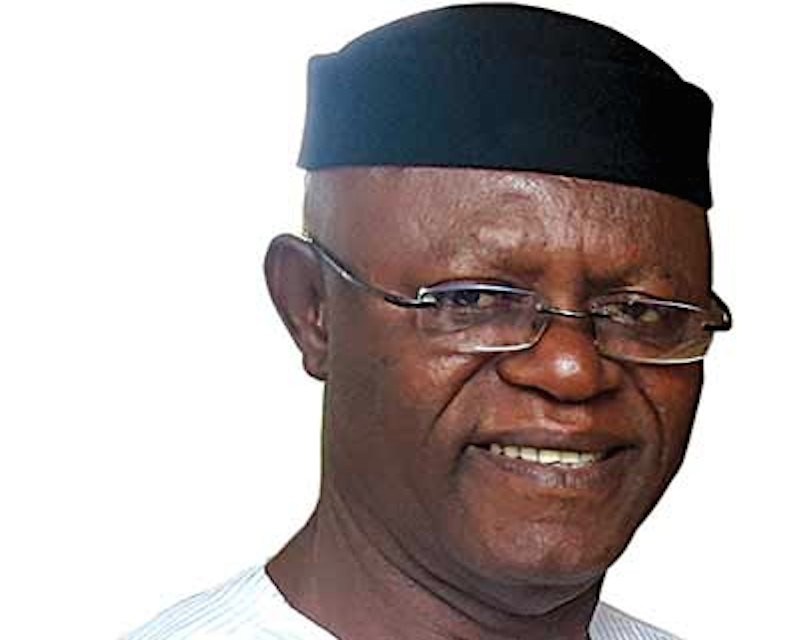 The deputy governor, of Benue State, Benson Abounu has said that three factors will determine if he should join the 2023 governorship race in the state.

Abounu declared this, on Thursday, when he received members of the Correspondent Chapel of the Nigeria Union of Journalists in his office.

The deputy governor identified the three factors that will determine his decision to contest the state most exalted seat to God, his principal, Governor Samuel Ortom and the people of the state.

Abounu said that his experience in politics and the scriptural quotation of his principal (John 3:27) has shown that no one can receive anything unless it is given to him by God.

He stated further that the approval of his principal is also necessary if he should contest for the 2023 governorship position, adding that the decision of the people of the state is also important.

According to Abounu, “My decision to contest the governorship election in 2023 will be determined by three factors: God, Ortom and Benue people.

“Experience has shown me that as a deputy governor, God must first approve my decision to contest an election. My principal’s support and the support of the Benue people before I can contest the election.

“I have never lobbied for anything in my life. Not even the position of the deputy governor in 2015 and 2019.”

The deputy governor said that due to the numerical strength of the Tiv in the state any Idoma man who wants to become the governor of the State must have the nod of the Tiv people.

He, however, commended members of the Correspondents Chapel for their objective reporting of government activities in the state.

He admitted that the media had played a very significant role in the success of the Ortom led administration and urged them to keep it up.

In spite of the huge investment in the water sector by the government and international organisations, water scarcity has grown to become a perennial nightmare for residents of Abeokuta, the Ogun State capital. This report x-rays the lives and experiences of residents in getting clean, potable and affordable water amidst the surge of COVID-19 cases in the state…  My ambition to contest 2023 governorship race in hands of God, Ortom, Benue people

The Lagos-Ibadan railway was inaugurated recently for a full paid operation by the Nigerian Railway Corporation after about a year of free test-run. Our reporter joined the train to and fro Lagos from Ibadan and tells his experience in this report… My ambition to contest 2023 governorship race in hands of God, Ortom, Benue people

Don’t be lenient with bandits brought before your court, Matawalle tells judges