My achievements as UACC GO in 2 years —Rev Owoyemi 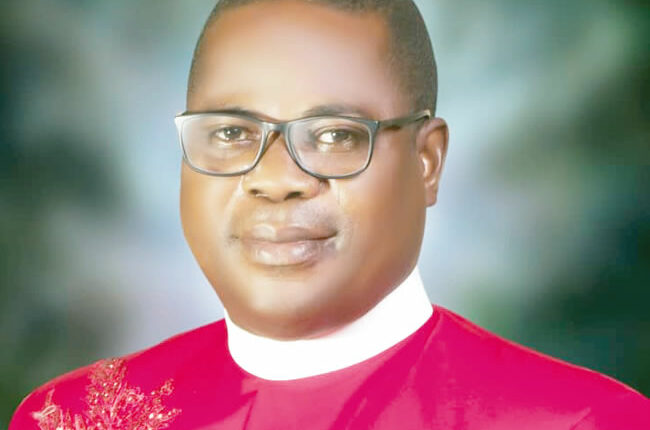 Barely two years ago, Reverend Dr James Bayo Owoyemi was ordained and consecrated as the president and General Overseer of the United Apostolic Church of Church (UACC), worldwide. In this interview, he x-rayed his achievements so far and vision to foster the church.

How would you rate the past general overseers of UACC?

We must commend the last three General Overseers of UACC, among whom are the Late Archbishop Solomon Awoniyi Adetisola, Late Archbishop Joseph Bright Owoju and the Late Archbishop Moses Adebisi Fayehun for their vision and administrative skills that brought UACC thus far. These great soldiers of the Lord would be remembered for the remarkable changes and development they brought to bear on the mission.

I was consecrated as the 4th President and General Overseer of UACC in November 2020, and many church members were excited.

Have you been able to visit all your assemblies in Nigeria?

Yes, I have visited all UACC Assemblies in Nigeria within one year in office. I was accompanied by some senior pastors and officials of the church; we visited the following states: Ondo, Oyo, Osun, Ogun, Ekiti, Lagos, Rivers, Abuja FCT and Benin Republic.

Besides, we also visited all assemblies in these States to familiarise with them and proffer solutions where necessary for the smooth running of the church.  Our visit gave most members a sense of belonging and ample opportunity to come in contact with their General Overseer.

The visitation to all UACC assemblies had proven that Rev. Dr. Owoyemi is a leader of the people with a golden and accommodating heart, and with servant-leadership disposition.

You recently appointed some directors. What motivated your action?

In November 2021, I appointed and ordained over 105 pastors and directors to head various departments in the church. Some of the offices the directors were appointed to head include: Protocol, Media, Special Duties, Public Relations, Administration, Technical and Utility, amongst others. The appointment of these directors has improved the administrative structure of the church.

The directors, after due training and orientation anchored by the president, were given specific roles and responsibilities to aid the development and growth of the church. So they have done well.

Sir, can you comment on the Mega Crusade and Revival the church held this year?

In January 2022, we were in Akure, Ondo State, we held the first-ever National Mega Crusade and Revival, where lots of souls were liberated and many experienced the Salvation of their souls. From Akure, the train of the Mega Crusade and Revival moved to other cities such as Ibadan, Oshogbo, Ijebu-Ode, Ekiti, Lagos, Benin Republic and Abuja.

The Mega Crusade which was backed up with massive publicity in newspapers, radio and television stations will remain in the memory of many for a very long time. This was due to the deliverance and salvation experienced by most members and non-members of the church in the various States.

Can you tell us the number of churches established by you in the past two years?

In two years, we have been able to establish new UACC Assemblies. These are UACC Oru-Ijebu, Ogun State; UACC Abuja FCT; UACC Port-Harcourt, Rivers State; UACC Ilorin, Kwara State; and UACC Enugu, Enugu State. It is interesting to know that the church has procured a property for UACC Abuja branch.

Last year, you hosted the first ever International Press Conference in Lagos; what was the outcome?

In August 2021, at the UACC Supreme Executive Council Meeting in Lagos, the church hosted the first-ever International Press Conference. The conference served as an avenue where the General Overseer interfaced with journalists to explain the achievements of the church since its inception in 1965. I also used the opportunity to explain the present and future plans of UACC for the next five to ten years. There were questions and answers sessions during the conference. The outcome was superb and commendable.

It is interesting to know that in March 2022, at the UACC Pastors’ Conference in Ibadan, we held the First World Interactive Session with all church members, journalists and non-church members in Nigeria and the diaspora.

You recently inaugurated the deaconate team; how was the experience like?

Yes, I recently inaugurated The President of the Deaconate team for UACC worldwide through the ordination of spirit-filled church members that have undergone a series of training and orientation, anchored by the President as Elders, Deacons and Deaconesses. It is worth noting that we have also introduced a revenue drive on ways to generate more money into the purse of the church to aid the smooth running of gospel work and the administration of the church activities.

What has been your relationship with the Trustees of the church?

Only a peaceful Nigeria can survive 2023 —Cleric