My 72-hour ordeal at the hands of kidnappers —Victim 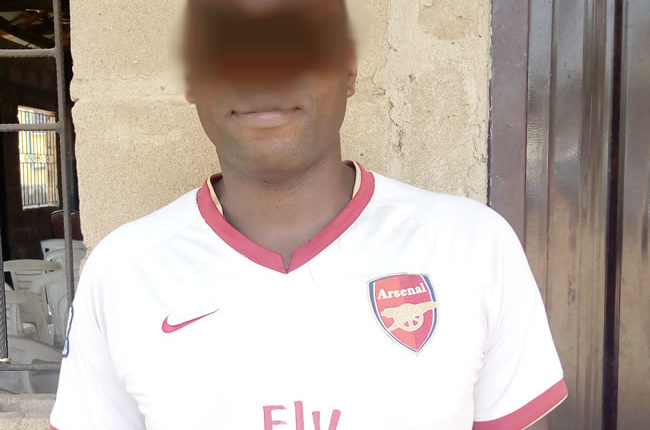 A victim of kidnapping, Sunday Kalejaye, in this interview with IMOLEAYO OYEDEYI, spoke on his experience at the hands of his abductors on the Lagos-Ibadan expressway and how he was finally freed after a ransom was paid.

You and your friend were kidnapped recently and kept for four days in the bush by your abductors until a ransom was paid. Can you recall how the whole incident occurred?

Before now, I never believed any report of kidnappings and killings perpetrated by Fulani herdsmen in different parts of the country, either on the radio or in newspapers. I never did. But after my recent experience as a victim of herdsmen abduction that has changed. The incident happened a few minutes before 10:00 pm on Thursday, January 8, 2021. My friend and I, being mechanics, had gone to pick up one Toyota SUV which one of my customers had just bought in Lagos. On our way to Ibadan, after we had passed Ogere and approaching Ogunmakin in-between the Foursquare Church, we came across some men in black uniforms.

They blocked the road with some logs of wood and stood in front of the barricade. They were signaling to us from afar with their torchlight to stop. I initially thought that they were policemen due to their black uniform and that compelled me to slow down as we approached them. But I had my reservations. My friend also asked me if indeed the armed men were police officers because there is usually no checkpoint at that spot. But before we knew what was happening, they had opened fire on us.

They shot sporadically into the air and aimed some shots at us. I immediately engaged the vehicle in reverse. But as I was driving the vehicle in reverse, I noticed a truck [going towards Ibadan] was almost on us. So, I decided to swerve to one side to avoid a collision. Unknown to us, these people had also stationed some men on the sides.

Before they got to us, my friend and I had wanted to jump out of our vehicle. But when they killed one person among those people they had earlier captured who attempted to run away, we abandoned the idea. Our abductors were seven young men between the ages of 15 and 25. But only four of them were armed with AK 47 and double-barrel guns. Again, I tried to run, but I could not see my way properly in the dark and fell along the way which made them to recapture me. After that they herded us into the thick forest and we were made to walk bare-footed till 4:00am.

Did they cover your faces while walking you through the forest?

They covered our faces during the day and tied our hands while they were walking us through the forest. They also collected our phones. But in the night, they usually removed our blindfold. It was a precarious experience. The following morning inside the forest, they made us sit under a plantain tree covered with many leaves to rest. Usually, in the morning, they would tie our hands and with no food, while we continued the walk deeper into the forest.

As we moved, I kept begging them that they should allow us to inform our families. We were speaking English to them, but they were speaking a mixture of pidgin, Fulfulde and Hausa languages. We asked them as they were leading us further into the forest, how much they wanted. And they said N10 million from each of us. We told them that we don’t have such an amount of money in our accounts. They asked how much we have. Then, I said I still have like N20,000 and that they should give me their account details so that I could transfer it to them. I guess this statement angered them as they started shooting in the air again. One of them said it seemed my friend and I didn’t know what we were into and that their money was N10 million. So we continued begging them. Then, they gave us our phones to start calling our people.

After we finished calling, they retrieved the phones and removed the batteries. Then, we continued the lengthy walk. Throughout the three days, they led us through the forest blindfolded. During the journey, we crossed three rivers, two of which were so deep they almost reached our heads. Yet, they didn’t stop dragging us along the muddy routes. The only things we did were calling and walking all through the days. They did not give us food. But these men were eating raw cassava.

On the third day, we continued begging them. At a point, one of them said we were only deceiving them with the calls we were making to our families. But I pleaded with them that we were serious but just that we didn’t have enough money because I am a mechanic while my friend is a driver. They said we were the owners of the SUV but I said we were asked to deliver the vehicle to the buyer in Ibadan. We abandoned the vehicle by the roadside that Thursday night when they captured us. They released us around 1:00am on Sunday after collecting N3 million from our families.

How did you pay them the ransom? Did they provide account details?

They collected cash. Before the ransom was paid, they had told us categorically that they wanted only cash. They said they don’t want bank transfer and that the cash must not be new and marked in any way. They also said the cash must not be taken from the bank. They threatened us that if the money that our people would bring didn’t measure up to their demands or conform in any way with their specifications, they would ‘waste’ us and still make away with the money.

On the third night when we told them that our people were bringing the money, they asked us how many were coming. We said we didn’t know and they threatened again that those bringing the money must not be more than two. They collected my phone and issued the warning directly to my people. As of that time, I didn’t know the exact location we were. But when the kidnappers phoned my people for the ransom, they told them to bring it to Ijebu-Ode expressway. They didn’t tell them the exact spot to stop along the road; they just asked them to start coming that night and that they should switch on the hazard lights of the vehicle they were bringing.

According to those who went to deliver the ransom, the kidnappers dribbled them for almost 30 minutes along the expressway just to be sure that they did not come with security operatives. My people said when the kidnappers couldn’t see any police vehicle behind them, they asked them to stop.

Out of the seven kidnappers, three of them went to collect the ransom while the rest stayed with us in the bush. When they collected the bag containing the money, they asked my people to wait while they counted it. After a short while, they told them it was complete and that they should wait for us.

Not quite long after, the three gang members arrived where my friend and I were tied and gave the money to their colleagues. They then untied us and asked us to start going straight towards the road. We trekked for about 30 minutes before we got to the road where our people were waiting. All through the time they held us captive and were taking us through the forest, we didn’t see or meet anyone. In fact, whenever we sighted any light from afar during the night, they would divert to another route just to avoid being seen. It was a near death experience. In fact, after our release, we spent nearly a week at the hospital, taking drips due to dehydration.

The Power of Prayer: Insights into prayer as the master key to every closed door