Islamic News
By Saheed Salawu and Saliu Gbadamosi On May 22, 2020 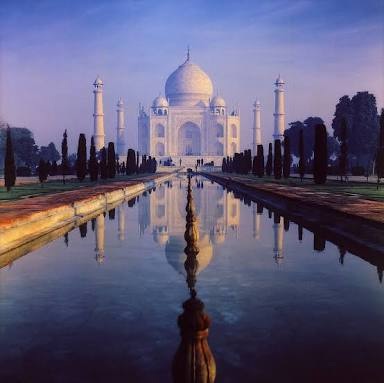 FROM the South to the North, the leadership of the Muslim ummah in the country have weighed options on the manner of Eid-el-Fitr celebrations this year amidst the coronavirus pandemic.

The umbrella body of Muslims in the South-West, the Muslim Ummah of South West Nigeria (MUSWEN), stated that from the look of things, it is unlikely that prayers will be observed on Eid grounds in the zone on Eid Day to celebrate the end of Ramadan fast.

This is just as the Jama’atu Nasril Islam (JNI), under the leadership of the Sultan of Sokoto, Alhaji Muhammad Sa’ad Abubakar, issued a fatwa regarding this year’s Eid-el-Fitr prayer.

Under the fatwa, the JNI suspended Eid-el-Fitr congregation in the outskirts of towns and cities and asked that the celebratory prayer be observed at home with family members or alone, as the case may be.

MUSWEN, in a statement by its executive secretary, Professor Muslih Yahya, called on the faithful to join the rest of the ummah in the country in looking out for the crescent of Shawwal shortly before Maghrib today, which is 29th Ramadan 1441.

In the statement, the body said its skepticism on observing prayers on eid grounds was informed by the current social distancing regulations put in place by governments in South West states as a result of the COVID-19 pandemic.

This notwithstanding, MUSWEN urged all Muslims to put on their best dresses on the Eid Day as recommended by authentic traditions of the Prophet Muhammad and stay safely at home to mark this year’s Eid al-Fitr.

It also advised Muslims to give out Zakat ul-Fitr to the poor on behalf of every member of the family on the eve of the Eid Day or after the Fajr prayer of the Eid Day and shortly before the usual time for the Eid prayer.

Zakat ul-Fitr, MUSWEN stated, should be given out on a per-person basis in grains popular for food in the area such as rice, beans, maize and millet or other staple food items such as gari.

MUSWEN said: “The leadership and Management of MUSWEN and the entirety of the Ummah in the South West of Nigeria join the President-General of the Nigeria Supreme Council for Islamic Affairs (NSCIA), His Eminence the Sultan of Sokoto, Alhaji Muhammad Sa’ad Abubakar, CFR, mni, in felicitating with the entire Ummah of Islam in Nigeria and all over the world on the approach of Eid-el-Fitri marking the end of Ramadan 1441.

“Indeed the Ramadan of this year has been extremely challenging for the Ummah. It has been the will of Allah to test how resolute and determined we can be in seeking to reach one another as one Ummah and try to please Him, Subhanahu wa Ta’ala as our Creator.

“A reflection over the circumstances and the atmosphere of the COVID-19 pandemic would show that the Ummah has a great deal of reasons to thank Allah for His mercy.

“Therefore, we have every reason to celebrate the Eid to the best of our ability, but with a great deal of caution and vigilance, and with Eman (faith) and Taqwa (being mindful of Allah). We beseech Him SWT, to overlook our human inadequacies and have more mercy on us.

“In the light of all this, MUSWEN wishes to issue the following guidelines and make some observations:

“Muslims in the South West should join the rest of the Ummah in Nigeria in looking out for the crescent of Shawwal shortly before Maghrib of Friday 29th Ramadan 1441, equivalent to 22nd May 2020, communicate any sighting to MUSWEN on 08033579545 or 08096898432 but wait patiently for a formal announcement of the exact day of Eid by the President-General of the Nigeria Supreme Council for Islamic Affairs. Allah says: ‘And hold fast to the rope of Allah, all of you together, and be not disunited….’ (Qur’an 3:103)

“From the look of things, it is not likely that the current social distancing regulations put in place by governments in the States in the South West of Nigeria, necessitated by the COVID-19 pandemic would be relaxed by Eid day, consequently it is not likely that observance of Eid prayers at the Eid Prayer grounds would be possible.

“However, all Muslims are urged to put on their best dresses on the Eid day as recommended by authentic traditions of the Prophet (SAW), but stay safely at home marking the Eid Day with the family, in view of the movement restrictions necessitated by the pandemic..

“On the eve of the Eid day or after the Fajir prayer of the Eid Day and shortly before the usual time for the Eid prayer, Zakat el-Fitri is expected to be given out to the poor on behalf of every member of the family, from infant to the oldest person, male or female.

“The measure of Zakat el-Fitr per person is four measures of the ‘mudun-Nabiy’  (the prophetic measure) which has been approximated to about  14 usual milk-tins known in most markets of South West Nigeria, in grains popular for food in the area  such as rice, beans, maize and  millet or other staple food item such as gari. Rice and gari, however, seem to have a great deal of acceptance in south-west Nigeria.

“Similarly, although food items as mentioned above are preferable, some scholars have no objection to monetisation, if one calculates the monetary value of the measures of the various items mentioned above.

“For example, from the current market value of rice, in most markets the sum of about N700 (seven hundred Naira only) is calculated as the monetary equivalent to be given out for Zakat el-Fitr per person in the South West of Nigeria this year.

“After giving out the Zakat el-Fitr, it is not forbidden for an individual or the family to observe at home the two-Rak’ah Nafl (supererogatory) Eid prayer.

“We ask Allah to preserve us to witness many more months of Ramadan in better conditions.”

A statement by the Secretary–General of JNI, Dr Khalid Abubakar Aliyu, stated that the organisation’s fatwa on the observance of the Eid-el-Fitr prayer is a product of a mandate given to its Fatwa Committee under the leadership of Sheikh Sheriff Ibrahim Saleh Alhusainy, in view of the COVID-19 pandemic and the serious threat it poses to life.

However, the organisation said in states where governments have reached concrete decisions to observe the Eid-el-Fitr prayer, based on their medical experts’ advice, strictest measures of distancing, face masks and use of sanitiser should be taken to protect worshipers.

It said that in this case, “neighbourhood mosques can be utilised if it becomes necessary.”

The statement added: “Ulama should fear Allah, the Most High and be matured enough in guarding their utterances and actions for the overall interest of the deen and the Ummah.

“Nigerian Muslims are, therefore, called upon to reflect their minds to the good virtues of the month of Ramadan and keep to its teachings all through their respective lives, as the Lord of Ramadan is still and shall remain The Lord of other months, Who, above all, keeps the records of our actions and inaction. More so, Muslims are reminded to keep to the ordinances of the Glorious Qur’an, for the prestige of the Muslim Ummah.

“In the same vein, Muslims are urged not to forget the Sitta-Shawwal, i.e. the six-days recommended fasting, that follows Ramadan fasting as recommended by the Prophet Muhammad (SAW).

“While wishing us all Allah’s pardon in these sacred days and after, we pray fervently for an accepted Ramadan fasting as well as the Eid.”

Why Buhari gives appointment to those he knows —Kokori