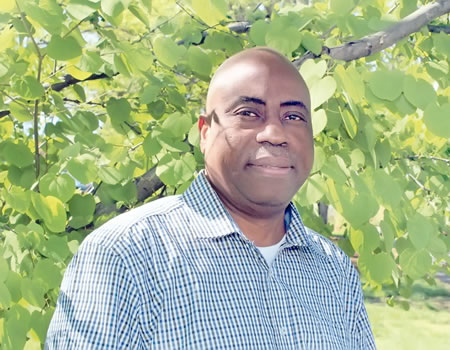 US-based academic and musicologist, Professor Bode Omojola, gave a public lecture entitled ‘African Composers and the Challenge of Identity’ at the Department of Music, Adeniran Ogunsanya College of Education, Otto/Ijanikin, Lagos on August 2.

It was a full house of faculty and students as the Professor of Music at Mount Holyoke College and the Five College Consortium (Mount Holyoke, Amherst, Hampshire, Smith Colleges, and the University of Massachusetts in Amherst), US, examined the power dynamics that shaped the introduction of new music practices during the colonial era.

He also reflected on the status of Western classical music as a cultural symbol of colonial domination, and how Nigerian composers have had to re-invent themselves with a view to asserting an Afrocentric aesthetic framework that carries strong political resonances.

Omojola, who illustrated his discussion with contrasting examples from Chaka, an opera by Professor Akin Euba of the University of Pittsburgh, and Three Nigerian Dances (for strings and timpani) by the late Professor Sam Akpabot, concluded his lecture by playing excerpts from his opera, Odyssey of a Dream, recently premiered in the US.

Earlier while welcoming the guest lecturer, Omojola, Head, Department of Music, Dr (Mrs) OlasumboLoko, provided a brief background about the Department. She also explained the mission of Adeniran Ogunsanya College of Education to produce graduates proficient in musical theory and practice and who are able to impart musical knowledge effectively. Students staged performances that included renditions of two of Omojola’s choral works before the event ended.

‘How collaboration can help Nollywood after COVID-19’