My music saved a woman from suicide —Ada Ehi 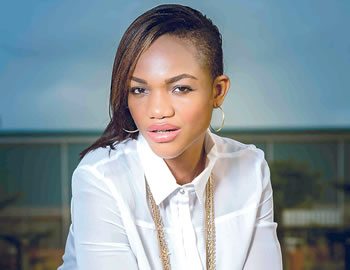 Gospel music sensation, Ada Ehi, also known as Ada, in this interview with RITA OKONOBOH, shares her thoughts on gospel artistes charging performance fees in churches, how she creates a balance between career and home, the potential of the Nigerian gospel music industry, among other issues. Excerpts:

I was born in Lagos in the 80s to Pastor and Mrs V.C.C. Ndukauba as the second child of four children. I graduated from the faculty of Engineering of the Lagos State University with a B.Sc. in Chemical and Polymer Engineering.

How did your journey into music ministry begin?

I grew up surrounded by a lot of music as both parents were members of the church choir. I was exposed to professional music at a very early age; as a recording and performing background singer for the popular gospel child star, Tosin Jegede, during the early 90s, and as a member of the then children choir from my church which graced many prominent gospel stages. As such, I performed on some of the biggest stages in Nigeria to thousands of people.

How many albums do you have to your credit?

Chemical and Polymer Engineering doesn’t seem like a popular choice for many people. Why did you choose that course?

I initially hoped to study Medicine but I changed my mind after secondary school because I thought physics and mathematics with their formulas and calculations were more straight-forward than Biology with its botanical names and all.

What else do you do apart from being a gospel artiste?

I’m currently converting a few of my hobbies into business. I have been developing my ideas for a while being a musician. I also have the task of managing my home and taking care of my family comes first and takes most of my time.

How do you create a balance to ensure that your home isn’t negatively affected by your success?

As I said earlier, my family is my priority. God blessed me with them, that means He expects me to take absolute care and love them. Being a mother, wife, daughter, sister will always be a part of who I am, so, I sing and bless them first. They are the first people I minister to and are part of my ministry, and that is how I win because we win together.

What are other challenges you have faced as a gospel artiste?

Some of the challenges I faced were at the beginning: being yourself and having a unique sound. Then the music distribution network which in Nigeria was mostly controlled by an open market, as well as the piracy thing, are also challenges I faced. Thank God for the digital sales and online bloggers and promotional sites; they helped put the music out there.

Where did you get your music training?

My parents had a very unique and international music collection. I grew up listening to that music library with pop, rock, classical and country influences from groups like Handle, Mozart, Bach, Maranatha Music, Integrity, Mary Mckee and the Genesis and so on.

Do you think gospel artistes should charge performance fees in churches?

Well, I don’t think this is something you should discuss lightly and just answer yes or no, but I’ll say gospel music is a calling and everyone called should be led and directed by the Spirit of God who has called him/her into ministry.

In 2015, you became an ambassador of African Cable Television (ACTV) and signed a deal with Tecno Mobile to have your songs and music videos pre-uploaded on select mobile phones. Do you see this as a step forward for the gospel music industry?

Yes, I definitely think it a step forward for the gospel music industry and I would love to see more of it for us. To say gospel artistes should not expect material rewards is a contradiction of what we believe as Christians. The Bible records Jesus saying “Seek ye first the kingdom of God and his righteousness, and all these thing shall be added unto you” which was exactly what happened in my case. I got to know about the company the day I received the call about being their brand ambassador and face of the cable TV brand. It was divinely orchestrated; I was not expecting it. And then, the mobile company is a global mobile giant with millions of people on their platform, so imagine how many people I have the opportunity to reach with the gospel.

I would say this to any Christian who thinks we should shy away from endorsements and anything like this, Jesus said “And he said unto them, Go ye into all the world, and preach the gospel to every creature.” Mark the words “ye” that’s us the called and “all” the “world.” He didn’t say some but “all” and preach. How do we then preach to the entire world if we shy away from platforms that project us to the world?  We are not sent only to the church altars but to the entire world.

Which of your songs is your favourite?

Laughs… I have more than one favourite.

What should your fans expect from you soon?

More music with the voice of the Lord. God is still talking and we are forever publishing His word.

The Nigerian gospel music industry doesn’t seem to be doing so well, when compared to their secular counterparts. Why do you think is the problem?

I don’t think so. We are about different purposes and desires. Gospel music is life-giving and has a transforming impact that is eternal. You cannot compare both.

Will you feature with a secular musician?

Depending on what project we are collaborating on, I do gospel 100 per cent.

Which of the testimonies as a result of your song has been your most moving?

So many. Currently, especially on two of my songs ‘Only You Jesus’ and “I Testify” there are two testimonies coming to mind now. There was a woman who was going to take her life because of a life-threatening condition she had struggled with for many years. Just as she was about to take her life, she heard my music, and was immobilised till her children came in and saw her in that position. The second one was about another lady who was in labour for over a day and the doctors told her to get ready for surgery. Then her sister sent her the track ‘I Testify’ and she started declaring she had a testimony. She had her baby that same night. I have countless.

How do you handle your fans, especially the male folk, considering the fact that you’re beautiful?

Thank you for the compliment. It has never been a problem. I point them to Jesus! Also, I have a very solid team and structure with regards to my PR.

Where do you see gospel music in the nearest future?

Blessing more lives and raising many more that would be a blessing to their world.

The bang on Abang