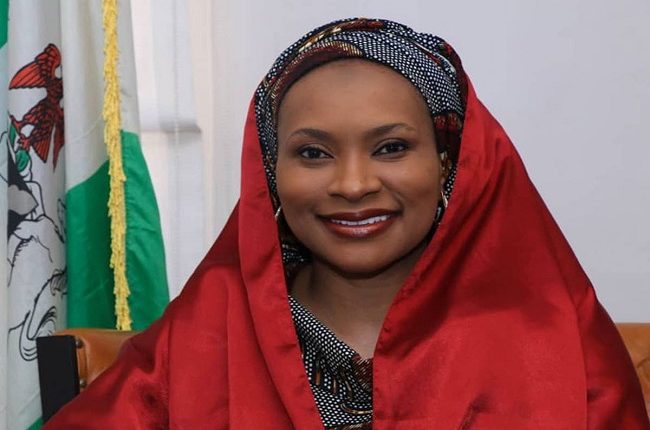 The wife of the Kaduna State governor, Mrs Aisha El-Rufai, on Friday urged Nigerians to support exclusive breastfeeding in the interest of infant health and growth.

El-Rufai made the call while speaking at a webinar with the theme, “Enhancing Breastfeeding Practices: The Community Perspective, ” organised to mark the 2020 World Breastfeeding Week.

The governor’s wife said there was a need for nursing mothers to exclusively breastfeed their children in the first six months of life.

“They can supplement with nutritional feeds until after two years of age; the importance of breast milk to the child cannot be overemphasised,” she said.

She said the state government was doing everything possible to encourage the promotion of exclusive breastfeeding among nursing mothers in the state.

“The Kaduna State Government understands the importance of breast milk to the well-being of the baby,” she said.

El-Rufai commended the organiser of the webinar, Alive and Thrive, a global nutrition initiative, for its efforts in ensuring mass education for exclusive breastfeeding.

Also speaking during the meeting, Mr Victor Ogbodo, Project Director, Alive and Thrive, said that breast milk improves both the physical and psychological development of the baby.

“Exclusive breastfeeding entails feeding the child with only breast milk within the first six months; efforts should be in place to support this practice.

“We need to harness the benefits of exclusive breastfeeding in the interest of the health and growth of children,” he said.

According to experts, infants under six months of age who are not breastfed are three to four times more likely to die than those who received breast milk.