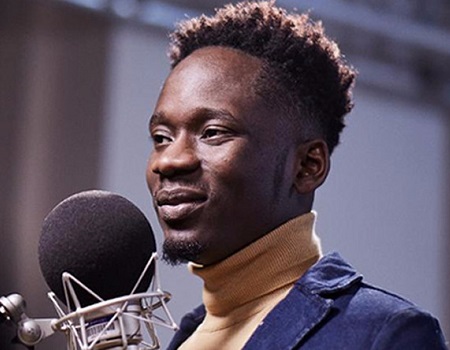 The artist made known on his Twitter handle @mreazi stating: “I said it, and I am doing it! Empawa Distribution, Empawa Publishing, Empawa Label Services all Launch JULY 19!!!! Jah be Praised.”

According to Eazi, emPawa Africa is a “service provider” that should not be conflated with his label Banku Music.

ALSO READ: Suicide is not an option, says Eucharia Anunobi

He added that since its creation, emPawa has started a campaign to give $5,000 to 10 individuals/groups on his YouTube page, stressing that the project has put up music more than seven acts across Africa.

The singer has decided to officially launch other arms of the service provider on July 19, a project he has been working on for the past 12 months.

“Surrender” is a track off Mr Eazi’s new album “Lagos To London.’’

The Banku act moves his music from his root Lagos to his international base and new found home, London.

The mixtape “Life Is Eazi” Vol 2 enlists 15 wonderful tracks that are of International standard.

The renowned artist has also performed alongside with Burna Boy at Coachella 2019.

In 2017, Mr Eazi released the Sesan-directed music video for “In The Morning”, the song features vocals from Toronto rapper Big Lean.

He also released the Teekay-directed music video for “Fight”, a song that features additional vocals from DJ Cuppy.

Psychiatrist decries harmful use of alcohol, drugs by young Nigerians