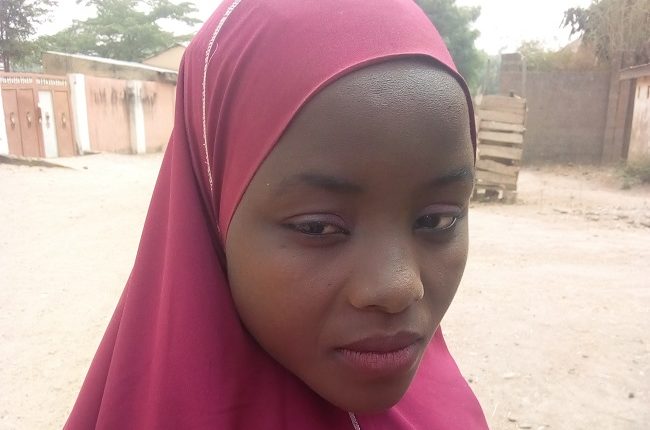 In what can be described as a positive turning around against early and forced marriage, mothers in Kwami LGA of Gombe State are now defending their female children by vehemently opposing their being given out in marriage at tender ages or forced to marry a man they are not in love with.

Malam Abubakar Usman, Sarkin Kofar Ajiya (the gatekeeper in the palace of the District Head of Malam Sidi town), said that many parents have resorted to running to the palace to report how children are forced into marriage or plans of marrying them out against their will.

In an interview with Tribune Online in Malam Sidi on Thursday, Abubakar Usman, 42, said that many women and children come to the palace from surrounding villages to report such cases which they waste no time in setting the children free through the court that is just beside the palace.

He said that, marrying out girls in Malam Sidi has been very limited but that many cases of girl-child marriage come from the villages around Malam Sidi.

According to him, “we have cases of child marriages but only in the villages. These girls run to the palace here to complain that they are being forced to get married and in this palace, we do follow up their cases and defend them”.

He stated further that, ” it is the parents of these girls that come to complain sometimes. We do listen to them and even if it means going to court, we go there to dissolve whatever that must have taken place.”

Malam Abubakar expressed his personal disagreement on child marriage saying, “my call is that girls should not be married out at a tender age less than 20 years because they will have many problems such as VVF among many others.

He added that “child marriage is not good at all as the girls are supposed to be allowed to acquire western and Islamic education. Without education, we’ll be living life in retrogression.”

Some girls living in Malam Sidi also bore their minds and experience to Tribune Online about early girl child marriage.

According to 16-year-old Aisha Ahmed, though out of school at JSS 3, she said her parents stopped her from going to school without giving her any reason.

She added that her parents have not started talking to her about marriage, but she feels that stopping her from going to school might be due to the financial constraints of her parents.

She said she is willing to return to school because of the benefits therein. She also revealed that she has a boyfriend and that even if she gets married, she will be glad to continue schooling if her husband allows her.

On her part, Rakiya Mohammed, also of Malam Sidi town said, ” Young girls go to schools in this area unlike before where girls are married out at age 15, 16 or 17.”

According to her, “we hardly experience forced marriage here, though it used to happen to young girls before but not now and it was due to ignorance that some girls are forced into marriage at a tender age”.

An elderly woman, Hauwa Galadima who said she is above 42 years said, “Educating girls is very important. Marrying girls out at ages 14, 15, 16 do come with a lot of problems or challenges especially during childbirth or pregnancy itself as some end up going through caesarian section (CS).”

She said that is the reason why she is an advocate that female children should be allowed to go to school, grow mature before marriage, adding, “Even if a girl-child does not go very far educationally, she should be able to have basic education. It will help her to care for her home, children, relate well with her husband among many other advantages.”