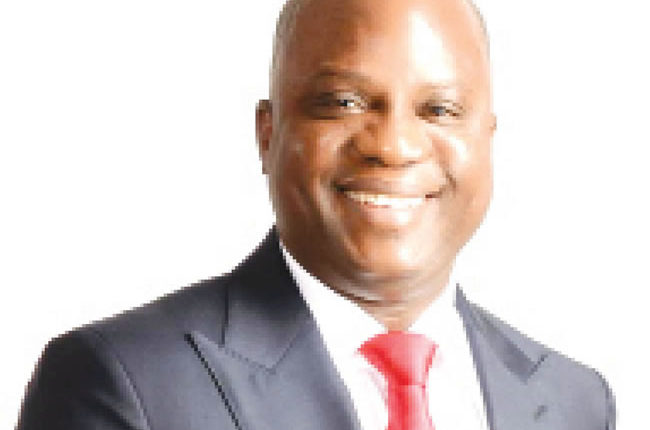 Apostle Paul Adenuga is the General Overseer of the Faith Revival Apostolic Church (FRAC), Egbeda, Lagos State. In this interview with SEGUN KASALI, he speaks on the state of Nigerian churches, problems of insecurity, among other issues.

What’s your assessment of churches in Nigeria today?

Churches in Nigeria are doing fine by the glory of God. But, they have opened their doors for Satan to swallow it. The reason for this is our covetousness. What most churches are looking for now is gain. Most churches have been turned into business centres and when such exists, the congregation is seen as customers. And when the congregation is seen as customers, the church will lose its taste, battle, war; and the calling of God. This is because you are no longer treating them as Saints. You will recall that our Lord Jesus Christ did not treat his followers as customers. All the followers of the early church were not treated as customers, but sheep and that is what our Lord Jesus Christ asked us to do.

Are you saying that most of these churches are not acting in accordance with what is expected of them?

Yes. The Church is in a problem because it is not what we are sent to do that we are doing now. We have pulled down the wall and gone beyond what was given to us as mandate. I want to tell you today that the Church has lost the power that Jesus gave to it. An ordinary needle that the Church is supposed to use to fight Satan is no more because of immorality, abomination, and worldliness. That is why a lot of pastors in the Church are producing fake miracles.

How would you differentiate between fake and real miracles?

Are you saying if Nigerian churches were complying with God’s dictates, there won’t be problems of banditry, kidnapping, and other social ills?

Let me say this. It is a pity that our generation is the most-wicked generation on earth because all that we invented is an abomination. Our forefathers saw abomination as a curse; hence, they don’t go near it. The Church is supposed to be an example for the country. That is why the Bible said ‘we are the salt of the world.’ If people hear the original word of God that carries the fear of God, there will be changes. People in government go to church. But, do people in government hear the undiluted word of God? If they do, the country will be okay. It is the word of God that is supposed to shake the government.

How do you think the issue of insecurity can be solved in Nigeria?

Mr. President needs the support of men of God. The Men of God need to tell him the truth. Anywhere there is no justice and righteousness, there cannot be security. We need to restore justice to the system. Most of these kidnappers and bandits believe that no one can punish or arrest them and that is why they continue this social menace.

Despite your influence, you don’t have personal property. Why?

I have been in Ministry since 1989. You can hardly find the message we had in the 80s in our generation because ours was not to come and loot the kingdom of God. We were called to come and make sacrifices and lay down our lives for the kingdom of God. This is what we were taught and that is our belief. To the glory of God, we began to move forward as the ministry started.

Jesus Christ passed through a lot of pain on the Cross so that we might not perish. Hence, it is impossible for me to put myself first. People bought land of 1,000 square feet for me to build my house at Adeyemo Alakija in Ikeja GRA. But, as a revivalist and a crusader, we spend a lot to win souls and I don’t think I can have anything that God will not have access to. So, I asked the Church to sell the given land and use it to fund a crusade.

Consequently, it would be hard for you to see any part of the South-West and Niger-Delta area that we have not taken a crusade to. Anything people give to me and God will not have access to it means the thing is from the pit of hell. To do this work, especially having a crusade, a lot of money is needed. But, when people bless us, we should learn to give it back to the kingdom so that it will not suffer. I don’t have any personal property anywhere because I am a revivalist and a crusader. I know how much it will cost us to organise a revival and a crusade and because of that, I don’t put my mind there (properties).

Is having personal property as a pastor against the word of God?

No, having personal property is not a crime. But when it comes to sowing, Apostle Paul in the book of Philippians said anything that is supposed to be a gain for him, he counted it as a loss because of Jesus Christ. This is the life I think every child of God should live.

What is your advice to your colleagues?

Understanding how to listen (III)

Way Nigeria is presently constituted is not working but bleeding —Yusuf