Interview
By EBENEZER ADUROKIYA On Aug 8, 2020 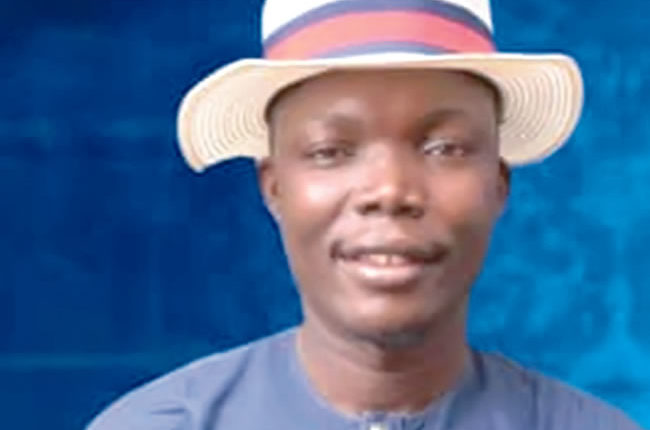 Comrade Austine Ozobo is the National President of the Ijaw Peoples Development Initiative (IPDI). In this interview by EBENEZER ADUROKIYA,  he called on ordinary people of the Niger Delta to rise against their corrupt leaders, especially those in NDDC.

You grew up in the creeks of Niger Delta. How’s life like among the ordinary people today?

The most despicable aspects of life in the creek is the militarisation of the ordinary citizens by the Nigerian military on the slightest provocation. Another is lack of social amenities in Niger Delta region. The military and other sister security agencies, who are responsible for the safety of lives and properties, are now a big threat to the survival of Niger Delta people, especially the Ijaw people. They see no sanctity in the life of the aborigines of the region. They kill at will. They invade and burn down our communities in a most provocative manner. No life is safe in the creek. The unlawful killing of the creek dwellers by the military had made many to desert their communities. Many families in Ijaw communities have been wiped by the Nigerian military. The education of many  have been shattered by this military action. Many have lost all their savings when their communities were burnt down. The most annoying is that our leaders have refused to speak out and this has given the military and the Nigerian government more room to continue to destroy us. It is painful that every time the military has an encounter with pirates, they’ll come and burn down the nearest community to the incident. These are premeditated attacks, a move to wipe Ijaw out of existence. We are truly in a hapless situation. Yet our leaders remain docile.

Most oil-producing communities wallow in penury and abject poverty. Which of the scenarios makes your heart bleed the most?

The most irritating aspect of life in the creeks among the ordinary citizens is the economic hardship in the midst of plenty. We live like a rejected people. There are no good health care services. Our schools are the worst among other schools in terms of staffing and infrastructure. We drink water from the open river where we defecate and dump other wastes. Constant health challenges among the common man in the creek are as a result of continued intake of this contaminated water. Despite oil being in our communities, our youths are not employed in the oil companies, except as casual or contract staff where they work like elephants and are paid like beggars. The oil companies are inhuman and cruel. The common citizens in most oil producing communities have no shelter, can’t afford fee for their children. They have to go for fishing expedition before putting food on their tables. They live like slaves in their homes.

What’s your view about what your leaders are doing in the NDDC?

The attitude of Niger Delta leaders towards the development of the region is self-serving. They don’t think of the common man. They think of themselves only. The development of their personal pockets is now what they mean by Niger Delta development. They are people of no conscience. They are robbers in coat and tie. They represent their pockets and not the people. Our privileged leaders see NDDC as a cash cow. Most Niger Delta leaders are greedy and corrupt. They have turned NDDC to their personal briefcase. We have lost confidence in them. They should be arrested, tried and jailed, no matter highly placed they are.

What line of action would you encourage the ordinary Niger Delta to pursue in order to change the narrative?

We should begin to hold our leaders accountable. Let’s start to ask them questions. We should be careful about the characters we put forward to be appointed to represent us in the government. We should be careful about who to be voted for to represent us in the public offices. The thieves currently representing us should be recalled and jailed for financial crimes. Their investments and properties acquired with our stolen money should be seized. Their children should be banished from their homes. We should continue to stone and boo our corrupt leaders. We should stop worshipping them. Let’s stop praise-singing them and begin to beat them for mortgaging our future. Let’s protest against every bad leader representing us as Niger Delta people. Their houses built with our stolen money should be burnt down. The government and security agents should support the common man to set aflame some of the corrupt Niger Delta leaders. If we can set ablaze common phone thieves, then we can set ablaze those caught stealing our billions.

How can NDDC achieve its mandate for the region and the people?

Every person involved in the looting of NDDC should be punished. The IMC, Akpabio, Cairo Ojougboh and lawmakers found wanting should be used as scapegoats. The forensic audit should not he supervised by either Akpabio or the current IMC since they have been indicted. The President should take over the supervision of the forensic audit. We have lost confidence in the forensic audit. It is taking too long. The duration for its job has elapsed. Akpabio has indicted himself by his current reavelation that the National Assembly is the major contractors in NDDC. He was once a member of NASS, and he was also part of the NASS contractors in NDDC. The looting of the N81 billion, he can’t be exonerated from it, as he gave approval for such spending.  All current heads in the NDDC should be sacked.

NDDC should be removed from the supervision of the Niger Delta Ministry. No contract should be awarded for now pending the completion of the too many abandoned contracts of the commission.  The commission should be supervised by the president himself. A substantive Managing Director should be appointed.