Most Controversial Celebrities In The Nigerian Music Industry 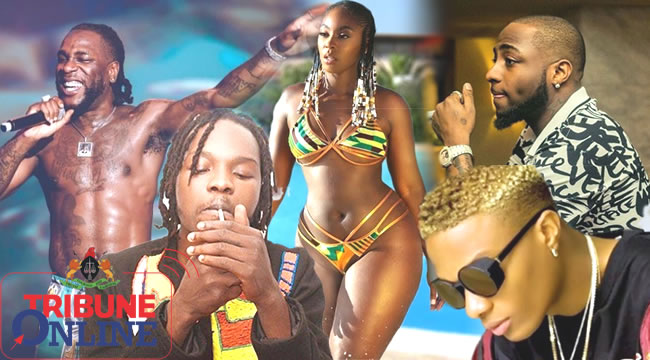 We have decided to review and get our pen on the top five celebrities that always get themselves in a controversial saga all every time since their coming into limelight.

Azeez Fashola, professionally known as Naira Marley is a Nigerian Afrobeat singer and also the record label boss of Marlian Music. He also pioneered the marlian movement. Naira Marley has made headlines a number of times for being involved in a couple of scandals.

The visuals of his song “Am I a yahoo boy” gave him away. On Friday. 10th of April, he was arrested by The Economic and Financial Crimes Commission (EFCC). He is one of the celebrities with the most fan base in the music industry.

David Adeleke, also known as OBO is the label boss of Davido Music worldwide. In 2019, Davido was involved in a Baby mama drama. In October 2019, 2 young ladies put out a video on social media with claims that the singer impregnated one of them.

She claimed to have found out about the pregnancy after having sex with Davido. Davido, on the other hand, was not having it, he threatened to arrest the ladies over defamation of character. Shortly after this threat, the young ladies released another video saying it was all a prank. However, they were later arrested.

Self-acclaimed African giant, Damini Ogulu, also known as Burna Boy is another controversial Nigerian artist. Although one of Nigeria’s biggest export yet, his display of pride and arrogance has made him lose some of his die-hard fans.

Sometime in February, Burna boy took to his Twitter account and claimed that he is the greatest since Fela and that no one paved the way for him.

Ayodeji Balogun, popularly known as Star Boy Wizkid is known for his controversial tweets. Another controversial event attached to WizKid is the visuals to his song “Fever” where he featured Tiwa Savage.

This left tongues wagging on social media. Neither Tiwa nor Wizkid came out to address the issue, although he was known to always avoid being getting into unnecessary drama and coming out to social media to address any allegation against him.

Tiwatope Savage also known as African Bad girl is one of the biggest artists out of Africa at the moment. Her sexy and melodious voice is one that gets all fans crazy.

Tiwa has been accused of dating a couple of her colleagues after she divorced her ex-husband, Tunji Balogun. In December 2019, she admitted to being sexually involved with Wizkid during her concert. “The older the berry, The sweeter the juice,” she said.

Note: We only bring you their most controversial saga that spark everywhere on social media and the internet at large.

Makinde sends names of SIEC to Assembly for confirmation