More troubles for Baba Ijesha as top socialites, actors move against him Loses endorsement deals, may be banned ‘This is shameful, embarrassing’ 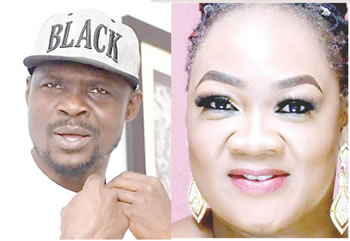 As celebrities continue to air their views on the rape allegation levelled against actor, Olanrewaju James otherwise known as Baba Ijesha, who is currently being detained by the police for allegedly molesting a 14-year-old girl, actor, some top movie makers and actors are said to have moved against the embattled actor with some of them insisting that the law must take its full course.

The 14-year-old girl allegedly defiled by Baba Ijesha is a foster daughter of popular comedienne, Princess who alleged that it was during one of his visits to her house that Baba Ijesha molested one of the three girls living with her.

With the rape saga already causing bad blood among movie practitioners, particularly in the Yoruba speaking movie industry, findings by R revealed that top actors and actresses who were close to Baba Ijesha are disappointed about his action and have turned their backs against the actor.

Some of the actors who spoke with R on Friday didn’t want their names mentioned but they confirmed that such act of misconduct did not sit down well with them as they maintained that the actor may soon be banned by the association if found guilty.

As of Friday, R gathered that Baba Ijesha who has featured in more than 100 movies over the years and wormed his way into the hearts of many movie lovers is currently having a difficult time in his hands as some of his family members are said to be making efforts to save his face and get him a soft landing.

A close source who is privy to happenings among top actors in the industry told R that many top movie makers and socialites have moved against the embattled actor as they were said to have been embarrassed by what they described as a shameful act that should not be overlooked by any right thinking person.

Information pieced together by R also revealed that a popular real estate company also dropped Ijesha as its brand ambassador on Friday just as Lagos State Domestic and Sexual Violence Response Team in a statement said the case had been forwarded to the Directorate of Public Prosecution (DPP) for legal advice.

Also reacting, actor, Adedimeji Lateef called for calm just as he described Baba Ijesha’s conduct as shameful and embarrassing. In a post shared on his Instagram page on Friday, the actor said “For me the situation calls for serious calm and prudence. I, as a person will always align with any movement that seeks justice and a sane society, moreso as an intending father. Investigation is still ongoing and the matter is definitely going to end in court.

It’s a messy, shameful and totally embarrassing situation and while I am pained about it especially, given the mental torture it could constitute for the minor, I pray and hope the law take its course.

Above all, justice must not only be served as far as this matter is concerned, but be seen to have been so done.”

I would have been a professional basketballer —Remmy XO