More projects to be commissioned in Niger Delta ― Akpabio 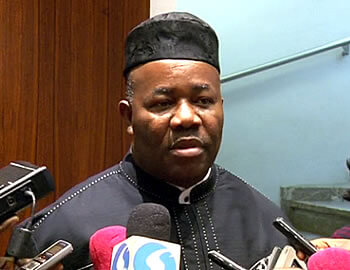 The Minister, Ministry of Niger Delta Affairs, Senator Godswill Akpabio has said that the Ministry would be inviting President Muhammadu Buhari to the Niger Delta region to commission more landmark projects that are people-oriented, executed with the support, exceptional show of love and total commitment of the people of the region in the coming days.

The Minister said this on the occasion of the official commissioning ceremony of Muhammadu Buhari Special Protection Unit (SPU) Base 6 of the Nigerian Police Force (NPF) built and donated by Niger Delta Development Commission (NDDC) at Omagwa, Ikwerre Local Government Area, Rivers State.

The Minister stated that “the project is part of the development strides of President Buhari’s administration to improve the lives of the people of Niger Delta region.”

According to him, the NDDC awarded contracts for various components of the Complex, broken down into Six Lots featuring One Commander’s Residence, One Second-in command’s Residence, 64 Apartments, One armoury, Parade ground, Underground cells and Gatehouse Unit awarded in 2012 but was stalled due to neglect by the successive administrations in the NDDC.

“However, due to the desire of Mr President to identify, finish and commission legacy projects, upon reassigning the supervision of the NDDC to the Ministry of Niger Delta Affairs, gave a marching order that ongoing projects that have a direct impact on the lives of the people must be prioritized and completed for effective utilization of funds and benefit to the people of the region, the completion and commissioning of the complex and other projects to reposition NDDC is in line with this directive,” he stressed.

The Minister stated that in repositioning the NDDC, the Forensic Audit expected to spur the Commission towards optimal performance and provide the needed infrastructural and socio-economic development for the people of the Niger Delta region has been completed and the report submitted to Mr President through the Attorney General of the Federation and Minister of Justice.

He noted that without proper housing and other facilities, it will be difficult for the Force to respond swiftly to security challenges and because the peace currently being enjoyed in the region and particularly Rivers State is largely due to the effort of the Police “the Ministry will continue to ensure collaboration and partnerships that will benefit both the police, other security agencies, the NDDC, the Niger Deltans and Nigerians.

In his speech, President Muhammadu Buhari (GCFR) represented by Vice President Prof. Yemi Osinbajo, (GCON) stated that the Police Force is a crucial component of the law enforcement architecture close to the people in various communities noting that “in the past few months, we have been undertaking a major reform of the police.

“First we believe, we must increase the number of police personnel, so we have set yearly recruitment targets. We are in the process of re-equipping our personnel both in personal gear and hardware. An important feature of the reform is accommodation for men and officers.”

According to the President, Federal Government has directed that the building of barracks for men and women of the police force should be done in collaboration with the Social Housing Effort of the Family Homes Fund to ensure speed in execution.

“Funding of the Police Force remains a huge challenge which is why we worked with the National Assembly to enact the Police Trust Fund Act. We are also looking at other measures to improve funding of the Police, lives and livelihoods of the police officers as well as pursue peace, socio-economic stability and development of the region”, he said.

Meanwhile, the Governor of Rivers State, Nyesome Wike, advocated for synergy between the States that make up Niger Delta and NDDC in prioritisation of projects in the host communities to avoid duplication of projects and wastages.

The Inspector-General of Police (IGP), Alkali Baba Usman, in his goodwill message said in executing the project, NDDC has made a very bold step in supporting the Federal Government in addressing critical infrastructure deficit which impacts the optimal operational facility of the Nigerian Police Force, urging other private and public institutions and well-meaning citizens to draw on this lesson in supporting the Nigerian Police Force.