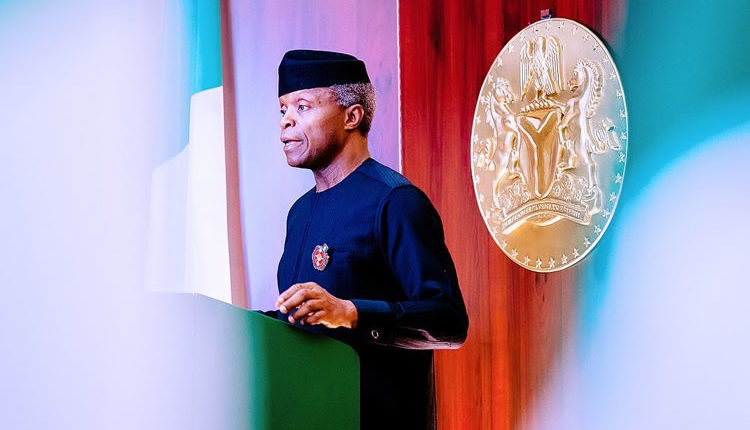 Vice President Yemi Osinbajo has observed that the integration of artisanal and modular refinery operators into mainstream oil and gas sector promotes the inclusion of more local content in the industry and advance the use of homegrown technology in the refining of petroleum products.

He stated this on Tuesday while speaking virtually at a National Summit on the Integration of Artisanal and Modular Refinery Operations in Nigeria.

The vice president said: “We are confident that the integration of artisanal and modular refinery operations into the oil and gas sector will not only promote the inclusion of more local content in the industry; it will advance the use of home-grown technology in the refining of petroleum products and also curtail illegal oil activities in the Niger Delta regions.

“One of the nagging issues we were confronted with during my tour was how to deal with the proliferation of artisanal refinery and its attendant negative environmental impact. Our solution was to promote the establishment of modular refineries.”

Speaking on how to resolve the issue, the vice president noted that “these artisanal refiners will be seen as investors and considered for strategic equity partnerships with technical and financial partners.”

Osinbajo added: “This vision is hinged on the commitment of this present administration to develop the region and ensure that the people of the region benefit maximally from the wealth of their land. Indeed, the New vision speaks to a progressive partnership between the federal government, state government, private sector, and the local communities.”

Explaining the Federal Government’s position on the adoption of a viable model, Osinbajo said: “The transition from artisanal refineries to modular refineries has been delayed because of the operators’ expectation that this process will be fully underwritten by government.

“However, what this framework envisages is a private sector-led partnership with equity participation from the state government or its agencies, registered local cooperative societies and the integration of regional refinery stakeholders, with the private investor having majority equity.”

PANDEF at Jonathan’s home over worsening insecurity, clamour for restructuring,…