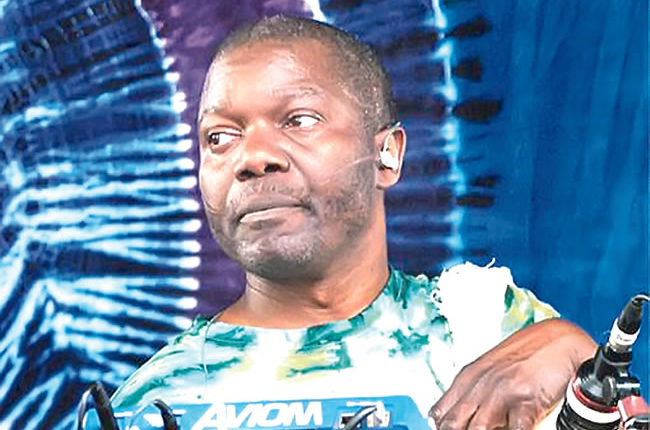 Ahead of his Riddim Doctors Project debut album, renowned Nigerian Grammy-winning recording artist and talking drum master, Sikiru Adepoju is out with another Single, “Goin’ Somewhere.”

The third of a nine-track album, “Goin’ Somewhere” comes barely a month after the artist dropped “Take Me Home, Country Roads”—a vibrant remake of John Denver’s iconic song of the same title.

All works are off his ỌPẸ (Gratitude) album—powered by the Riddim Doctors Project—to be released officially via MansMark Records on September 24, 2020, across all digital platforms and Compact Disc outlets. “Goin’ Somewhere” is available now across all digital music stores including Spotify, Apple Music, iTunes Store, and Amazon Music.

The song began with Sikiru Adepoju and it flows from there—Zakir Hussain (Tablas) and Sikiru Adepoju (Dundun) spontaneously laid the foundation (on the Second Take) for Giovanni Hidalgo (Congas) to creatively finish in One Take, leading to the construction of this Living Drum-machine taking -off unfettered, into the 21st century. Keyboards and Steeldrum color this speedy musical vehicle, belching Thunder, stirred up by Lightning Hands!”