Miyyeti Allah Cattle breeders to fight against insecurity in Kogi 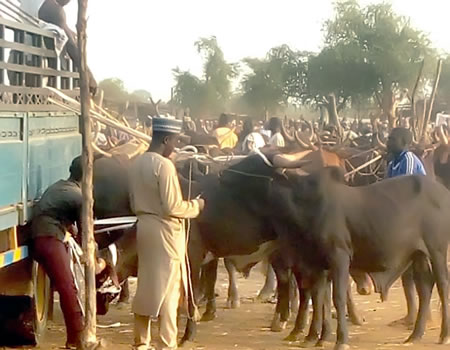 THE Miyyeti Allah Cattle Breeders Association of Nigeria, Kogi State chapter, has concluded plan to form vigilante group against insecurity in the state.

The Chairman of the association in the state, Alhaji Wakili Yusuf Damina, disclosed this after a general meeting with their members in the state over the weekend in Lokoja, Kogi State.

According to him, the vigilante group will work in synergy with the state security apparatus to arrest the security situation in the state.

He explained that the vigilante major assignment will be passing intelligence information to the security on kidnappers, rustlers and bandits as they are residing in the areas vulnerable to these types of criminal attacks.

He commended Governor Yahaya Bello for the maintenance of peace and harmony between farmers and herders in the state.

He noted that Fulani herders operating in the state will always remain loyal and law-abiding in view of the assurances of security of lives and property given by the government.

Alhaji Damina also eulogised the state Commissioner of Police Ayuba Ede for his prompt response to complains and distress calls, which has saved a lot of crises between farmers and herders.

The Fulani leader, therefore, appealed to the people of Kogi state to accommodate his members in the fight again insecurity and criminality so as to enable harmonious coexistence, social and economic development.

Alhaji Damina who expressed gratitude to the governor appealed to him to include the Fulani in his cabinet as was the case during the first tenure so that they can contribute their quota to peacebuilding.