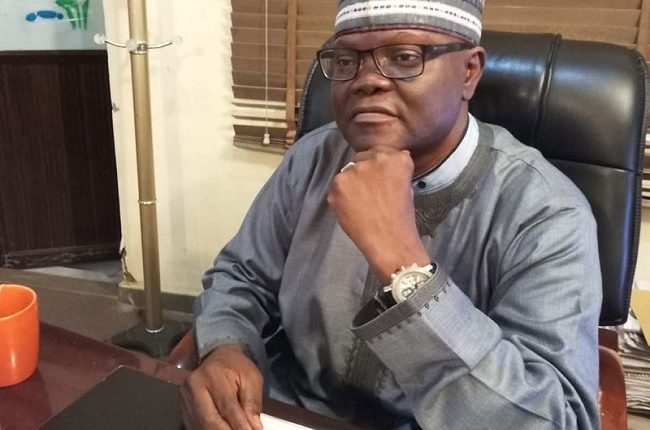 The Director-General, Niger State Pension Board, Alhaji Usman Tinau  Ahmed has explained that the panel set up by the state government to investigate the problems associated with the Pension Fund administration in the state between 2009 and 2012 has found some 15 people guilty of financial impropriety estimated at well over N5.778 billion, that was declared to have been misappropriated.

He said some of the people fund culpable in the large scale fraud in the period under review were both politicians, while others were civil servants.

The boss of the state Pension Board stated this during a Media briefing with journalists in his office recently at the board room of the Pension Board in Minna, the state capital, highlighting further that the State Governor, Alhaji  Abubakar Sani Bello has given his nod for the invitation of the operatives of the Economic and Financial Crimes Commission (EFCC) should be allowed to come and beam their searchlight to the recovery of the missing funds.

He further explained that the State’s  Deputy Governor, Alhaji Ahmed Mohammed Ketso, has also been appointed by his boss, Governor Abubakar Sani  Bello to be the Chairman of another committee that will interface with the indicted persons in order to make them agree on their own to refund the stolen amount debited against them individually, stressing that those who were allegedly found to be proving difficult should be allowed to be whisked away for prosecution by the operatives of the Anti- Graft body with the view to serve as a deterrent to others in the future, especially in the state.

“Government will not take responsibility for this money. Those involved must pay back the money, it is peoples money,” Ahmed maintained.

He noted that the missing funds did not pass through the board, according to the investigations so far by the panel of inquiry.

Alhaji Usman Tinau Ahmed then revealed further that the board has begun the implementation of the Contributory Pension Scheme (CPS) with civil servants who were employed in 1993, be put under the scheme, saying, “those that had been in service from 1992 downwards will remain in the old scheme,” emphasizing that all the stakeholders which include the Nigeria Labour Congress (NLC) have since given their approval to the implementation of the Contributory Pension Scheme from June this year.

The DG, Niger State Pension Board further disclosed that the decision of the incumbent APC- led administration of Governor Abubakar Sani Bello government to re-continue the CPS has been officially notified  PENCON, saying that, “PENCON responded happily. They advised that we should have Service Level Agreement (SLA) with the Pension Funds Administrators,(PFAs), that  we have since  done.”

STATE OF ECONOMY: How Nigeria Is Eating Its Future, Spent Over 90% Of Revenue On Debt Servicing
INDICATION that Nigeria’s economy is still in the throes of death has continued to emerge with the current low revenue it is generating from oil sale and increasing demands on its foreign debt obligation especially. The parlous state of the economy is heightened by the revelation that most of the revenue…Missing pension funds in Niger

FACT CHECK: Somalia President, Deputy DID NOT Fight In Viral VIDEO
CLAIM: Somalia President, Mohamed Abdullahi Farmaajo and his vice exchanged blows to the point of wrestling themselves to the ground.
VERDICT: MISLEADING
FULL STORY: Nigerian media space was abuzz on Saturday, August 15, 2020, with a viral video which claims to show President of Somalia, Mohamed Abdullahi Farmaajo publicly exchanged blows with his vice…Missing pension funds in Niger

NBS Says 21.76m Nigerians Unemployed In 2020
THE National Bureau of Statistics (NBS) has put the total number of unemployed Nigerians at 21,764,617. The figure is contained in the bureau’s Labor Force Statistics website entitled “Unemployment and Underemployment Report (Q2 2020) released in Abuja. It referred to the report as an Abridged Labour Force Survey under COVID-19 for August 2020. According to NBS, the unemployment rate during the period under review…Missing pension funds in Niger

Our Fears As 2020 WASSCE Beckons: SS3 Students Speak On Inability To Finish Syllabus, Other Issues
After a long unexpected delay occasioned by the lockdown from the coronavirus pandemic, the 2020 West African Senior School Certificate Examination (WASSCE) will begin in 19,129 accredited centres nationwide on August 17. Some candidates hoping to write the examination spoke with IMOLEAYO OYEDEYI and ADEOLA OTEMADE on their fears and expectations…Missing pension funds in Niger