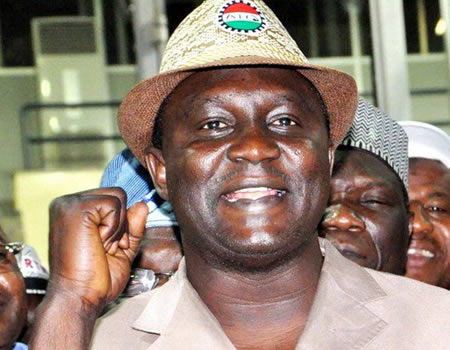 The Nigeria Labour Congress (NLC) has warned in its independence anniversary message that Nigerian workers are running out of patience over the failure of the Federal Government to kick-start negotiation on the issue of national minimum wage.

Speaking on Monday at the Independence Day Symposium and Rally organised by the NLC in Abuja, the President of the congress, Comrade Ayuba Wabba, stressed the urgent need for the government to commence negotiation on the new minimum wage as the current N18,000 is already obsolete.

“The 2011 collective agreement entered into with the government at the end of the last negotiations, provided for a five-year cycle, for reopening negotiations, which is overdue.

“All economic indexes such as inflationary rate, cost of living index, exchange rate, high cost of goods and services, and so on, have all shown that the current minimum wage of N18,000 is obsolete. There is an urgent need for the government to give the go ahead for these negotiations to start as workers are running out of patience.”

“One of the founding principles of the international labour organisation (ILO) as contained in the founding constitution almost a century ago, in 1919, is the declaration that universal and lasting peace can be established only if it is based on social justice,” he said.

According to him, “addressing the issue of poverty and inequality and economic imbalances between the super-rich tiny minority and the rest of the population is one of the key challenges of our nationhood today.

“Our middle class has more or less been wiped out. What we now have are a very tiny few who are at the top, and very rich, and the vast majority of the people at the bottom ladder who are poor.

“It is in the above context that government must refocus its development programmes and planning to address the pressing needs of the vast majority of Nigerians that are excluded if the upheavals we are having in different parts of the country is not going to develop into a convulsion. Government must address the critical area of full, productive and decent employment.”

On the situation in Nigeria, Wabba stated that due to the potentials of the country, what Nigeria possesses as a big nation, the giant of the black race, many people out there do not want it to actualise her full potentials.

He lamented that in almost six decades of Nigeria’s independence, the country’s is not where it ought to be in virtually all facets of development indexes, looking at the country’s available human and natural resources.

He however stated that Nigerians should not dismiss the country as a failed nation; adding, “while there are a number of countries that are our peers in nationhood that have made tremendous progress, there are also a number of other countries that got independence  around the same time as we did, that have not progressed as much as we have.”

He said some of these countries have even literally ceased to exist as nation states.

He said, “we must bear in mind that due to the potentials we possess as a big nation, as the giant of the black race, many do not want us to actualise our full potentials. There are many out there that do not wish that we succeed and prosper as a nation.”

According to Wabba, nationalist leaders who wrestled Nigeria’s independence from the British colonial masters worked for a Nigeria where citizens will enjoy the fruits of freedom and independence and they worked selflessly for these ideals.

He pointed out that as the nation celebrates 57 years of political independence, these qualities of selfless service are very much needed in contemporary Nigeria.