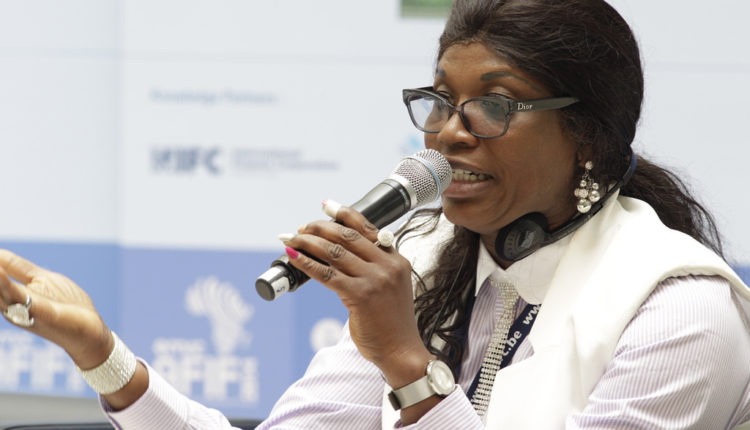 Share
LAGOS East Senatorial Candidate of Peoples Democratic Party (PDP), Princess Abiodun Oyefusi, has enjoined the National Assembly to speedily pass the minimum wage bill into law once it is transmitted to it by President Muhammadu Buhari.
The PDP senatorial candidate, who is the daughter of the immediate past traditional ruler of Ikorodu, late Oba Salaudeen Oyefusi, made call during a street-to-street campaign she undertook to Shomolu, Gbagada and Bariga areas of the state, declaring that a minimum wage of N30, 000 was a legitimate demand by Nigerian workers in view of the increased inflation rate and general increase in costs of living.
ALSO READ: Minimum wage: Ondo workers protest
Federal Government said it was resolved to transmit the N30,000 minimum wage bill to the National Assembly after protests by the organised labour over delay in implementation.
Oyefusi, while discribing workers as engine room of any economy, urged the National Assembly to do its bits to improve their living standards through expeditious passage of the bill.
While decrying the huge gap between the remuneration of the political class and the working class, the PDP senatorial candidate said Nigerian workers deserved a living wage to reduce the inequality.
“The Nigerian workers deserve the N30, 000 minimum wage and even more; and so I urge the Federal Government to, as a matter of urgency, implement the wage to make life better for our people.
“The executive has promised to transmit the new wage bill to the National Assembly late January and I want to urge our lawmakers not to delay in passing the wage bill so that workers can begin to feel the impact soon.
“They have a moral obligation to do so especially as the difference between the wages earned by the political class and the working class is wide.
“Workers deserve decent living and I appeal to the National Assembly to play its part,” she said.
Oyefusi said she embarked on the street-to-street campaign in order to relate with the people and understand them better, adding that the campaign approach was to also connect with the grassroots directly and to tell the people of her development plans for the senatorial zone.
ALSO READ: Lagos East 2019: Team Osinowo-Pepper consolidates on campaigns with decisive meetings
The candidate, who claimed the zone had been poorly represented, said her seeking the Lagos East Senatorial seat was to further the development of the zone and improve the lots of the people as she had the capacity and the passion to make things better in the area.
She, therefore, urged the people to trust her and vote her into office, come February 2019, promising to deliver on all her electoral promises.