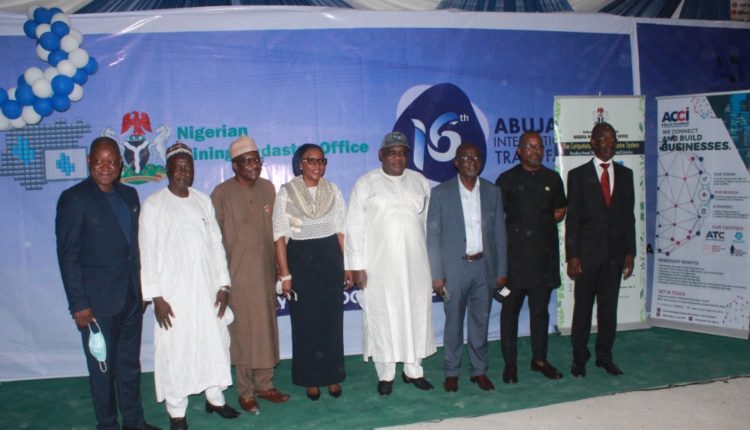 He made the statement just as the Director General of the Mining Cadastre Office, Mr Obadiah Simon Nkom, disclosed that his office had expanded the ongoing reform to ease access to seamless mining operations.

Sani, who is also a former President of Association of Nigerian Miners, said most changes miners advocated such as the creation of zonal offices had been implemented.

According to him, the operationalisation of the zonal offices has eased the burden of miners across the nation even as he also highlighted digitisation of licensing process as another steps stakeholders are happy with.

“We are happy with the ongoing reform and we appreciate government’s response to our decades of advocacy. The Cadastre has grown to be a reliable partner for miners. The agency has shown it recognises its new mandate in the race of national shift to non-oil sector,” he said.

Obadiah and the President of Mining Chamber spoke at the Mining Cadastre Day held at the ongoing 16th Abuja International Trade Fair organised by Abuja Chamber of Commerce and Industry (ACCI).

He said the reform are meant to enhance transparency, accessibility and standardisation of the licencing process.

“We are innovating on various fronts. Aside all previous landmarks initiative, a current project we are implementing is the thematic mapping of areas restricted from mining activities for integration into the Nigerian Mining Cadastre digital database. We hope to have a glance a map of areas where mining activities is not permitted for a number of reasons,”  he said.

He also said this initiative would enable the licensing authority to know restricted areas on which mining licence cannot and should not be issued, adding that “the thematic mapping will serve both the authority and the investing public.”

He noted further that the MCO is also expanding the digitalisation project, citing “the establishment of a standard system of e-recording and e-archiving of licencing records in line with new system upgrade.

“We are creating a standard system of e-filling of our records. This is to ensure much needed digitisation of operations which will ease the burden for all stakeholders and facilitate foreign direct investment into the world mineral sector in the country.”

The Vice President, Mines, ACCI, Dr. Johnson Anene, called on MCO to open licensing to more members of the Chamber while saying that the process of obtaining licence has not been easy but since the coming on board of the new DG, it has become easier.

The Director General ACCI, Victoria Akai, who welcomed the MCO team, said the presence of the mining licencing office is a major addition to the list of many frontline federal and private agencies that have made participation at the Abuja Trade Fair a must on their annual calendar.

She urged the DG MCO to put this trade fair on the annual list of the “must participate” and “must attend” events in his agency schedule.

She acknowledged the proactive action of creating zonal offices of the agency to address challenges facing license holders adding that action has brought services to the doorstep of mining stakeholders across the six geo-political zone of the Federation. “This innovation is a game changer as it reduced cost and stress of transacting business with the licensing authority.

The Director General, Nigeria Export Processing Zones Authority (NEPZA), Professor Adesoji Adesugba, also said mining is intricate to people’s existence, adding that it supports everyday life and that is why it is very important to give the sector all the attention it requires.

He added that at NEPZA Nigeria Export Processing Zones Authority, they are keen on the economic diversification agenda of President Muhammadu Buhari and have placed priority on development of the mining industry through Special Economic Zones scheme while assuring that in no distant time the country will start reaping the benefits of the initiative of Federal Government.