The military has warned those it described as unscrupulous elements who stopped trucks and other vehicles carrying foodstuffs and other product from the North to the Southern part of the country.

This followed the moves by some youths who stopped vehicles bringing products to the south at an area called Kara in Jebba, Kwara State and asked some of them to turn back on the ever-busy Kaduna-Jebba highway.

Following the development, the military on Friday  deployed joint troops comprising the military and other security agencies to clear the Jebba – Kaduna road and normalcy has since been restored in the general area. 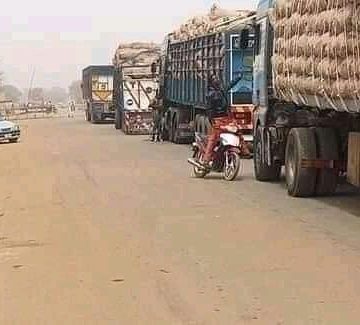 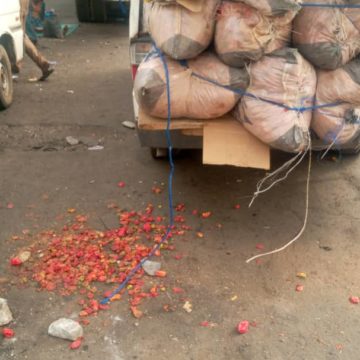 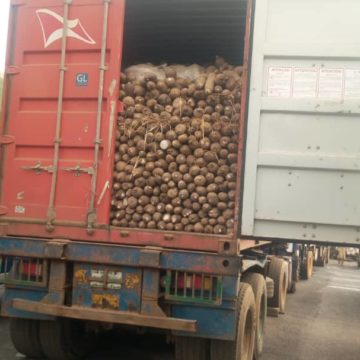 In a statement issued by the Defence Headquarters and signed by the acting Director of Defence Information, Brigadier General Onyema Nwachukwu, the military said  it will not allow unscrupulous group or persons who are aiming at disrupting legitimate economic and commercial activities by preventing free flow of traffic and movement of goods in a bid to generate clashes along ethnic divides

According to the statement: “The Defence Headquarters has been notified of a video trending on social media indicating that trucks and other similar vehicles conveying agricultural products from the North, heading towards the southern part of the country were being prevented and turned back along Kaduna-Jebba road by some unscrupulous elements.

“The Defence Headquarters wishes to clarify that following the tension generated by the incident, joint troops comprising the military and other security agencies were deployed to clear the Jebba –Kaduna road and have since restored normalcy in the general area. There is currently free flow of traffic along “the axis.

Members of the public, commuters and residents are please urged to go about their normal businesses. This is also to give a stern warning to any unscrupulous group or persons who are aiming at disrupting legitimate economic and commercial activities by preventing free flow of traffic and movement of goods in a bid to generate clashes along ethnic divides to desist from such unpatriotic acts or face the wrath of the law.

“Members of the public are also urged to promptly report anyone found engaged in such atrocious activities to security operatives.”