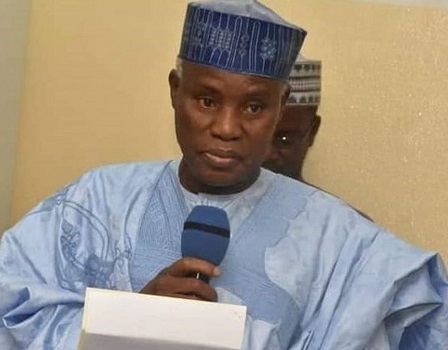 The Federal Government has said the Nigerian Military will continue to step up efforts towards protecting the nation’s integrity and national assets including education.

Minister of Defence,  Major Gen Bashir Magashi, said this in his message presented in Abuja as part of activities marking the 2020 International Day for Protection of Education, stressing that education remains one of the most prized assets of the country.

He spoke where the United Nations Children’s Fund (UNICEF), called for adequate measures to protect the lives of school children, teachers and other personnel in schools.

The International Day For the Protection of Education observed on September 9, is a day set aside to review and draw attention on the importance of protecting education and to ensure that a generation of children are saved.

Speaking against the backdrop of the insurgency on the North-East part of the country, the Minister of Defence, said the survival and future of a nation are threatened when her education is under attack, noting that education provides the solid foundation for nation’s growth and development.

“No nation can sleep in the event of the continued attack on her education, likewise the Nigerian military shall not relent in our efforts to protect the integrity of Nigeria and ensure her continued existence and growth in safety and security.

“We shall continue to make efforts to ensure that education is not stopped even in the face of conflicts, keeping in mind all necessary protocols and guidelines including the Safe Schools Declaration.

“As Nigerian Military continues to step up efforts towards protecting our national assets including education, I call on communities, groups and individuals to avail us all necessary cooperation.

“It is in our togetherness that we shall protect education from all forms of attack and save a generation,” he said.

Judith Giwa-Amu, Education Officer, UNICEF, responsible for Education in Emergencies Coordination at National level, in her remark, called on authorities to properly secure the schools across the country.

She noted that when the schools were not properly secured, parents would not release their children to attend because they would prefer them being alive, saying this would aggravate the challenge of out-of-school children which Nigeria is already known to have one of the highest in the world.

“When you have children who are out-of-school, it is due to the reason that they are afraid or their parents are afraid, the parents prefer them being alive than going to school, then the next generation becomes an endangered species,” she said.