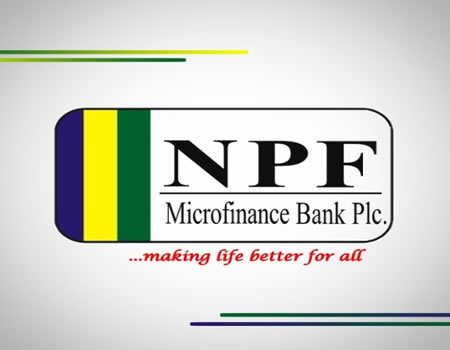 The founding father of the Nigeria Police Force (NPF) Microfinance Bank, and former Inspector General of Police (IGP), Alhaji Aliyu Attah has disclosed that about 70 per cent of the bank’s customers are members of its primary constituency, the police, paramilitary, prisons, immigration, customs and the remaining 30 percent are members of the general public.

According to him, from a modest beginning, the bank today has over 380,000 customers.

He therefore commended the management of the bank for its efficiency and transparency in running the affairs of the lender.

Attah, who spoke during the banks 25th anniversary Gala night in Lagos, recalled with nostalgia how he perfected the process that led to establishment of the bank.

He explained that the bank is open to the entire country as several branches have been opened in various State capitals, just as he paid glowing tribute to late Assistant Inspector-General of Police (AIG), Mrs Rachel Isimenmen Iyamabo. He revealed that Iyamabo held forte as Chairperson of the bank when he retired as IGP on August 16, 1993 and the bank progressed under her watch till it metamorphosed into a Microfinance Bank Plc.

Narrating how he influenced establishment of the bank, he said, “Having become the Inspector-General of Police I thought of what to do to further improve on the welfare of police officers in the country. Luckily, the Federal Government came up with the idea of community banks in the country to help alleviate the poor of the people in the rural areas and the grassroots.

“I became interested in this crusade and contacted the then Governor of the Central Bank of Nigeria (CBN), late Abdulkadir Ahmed, who incidentally was my classmate at Barewa College. Abdulkadir had high regards for me being his classmate, class captain and prefect.

I sold the idea of coming up with a community bank for the Nigeria Police Force. He bought the idea and further encouraged me for this idea to materialise. He gave me a clue that I would have to pay for a fee to get the Community Bank registered,” the former IGP narrated.

Also the he recalls that then Minister of Finance, Alhaji Abubakar Alhaji, further encouraged him to go ahead with his ‘brain child.

The registration fee for the Community Bank was N500,000. Attain said he had to pay this fee personally from savings to get the bank registered.

“Having got approval for the take-off of the bank, where to get the operational base became a riddle. I decided to get a structure within the Police barracks at Obalende which also has proximity with the Obalende market. I believed that putting the bank at its present site in Lagos will help police families and civilians to transact their businesses easily.

“When the bank structure became ready for commissioning, I brought in my very good friend, Chief Gabriel Igbinedion, who also had been a policeman initially to commission the edifice,” he said.

Continuing, Attah said “With the pioneer staff of the bank we have been able to bring the institution to its present enviable position as the leading and most successful Microfinance Bank in the Country. As the first Chairman of the bank in August, 1993 I declined taking salary and my reason for this was to help police officers and their wives to benefit from the meager resources of the bank at that time. Police officers, their families could go to the bank and take loans to run their petty trading”.

Also speaking at the forum, Chairman of the bank, Azubuko Joel Udah, said that Twenty-five years (quarter of a century) in the life of an individual or organisation is indeed very significant, noting that from a humble beginning which started on 19th August, 1993 to date it has been a steady and progressive step in the history of the Bank.

Udah, said that a start-up capital of N500,000, staff of less than 10 and a single branch, the bank has metamorphosed into a market leader with 28 branches spread across the six geo-political zones of the country and staff strength of over 500.

The chairman also commended efforts of the founding father of the bank,

Alhaji Ibrahim Attah, whose vision and foresight has impacted the financial sector of the economy.

Also, in line with its avowed Corporate Social Responsibility commitment, the bank’s management in commemoration of its 25 anniversary visited the IDP camps in Benin City and Maiduguri where materials and other items valued at millions of naira was donated to inmates.

Also, the bank put smiles in the faces of inmates and children at the Living Spring Orghanage, Victoria Island, Lagos. Key items donated to these centers include, Diapers, Toiletries, Food Stuffs, Diesel to provide constant electricity to them, branded souvenir and money to enable them take care of other important requirements.

My mission is to provide justice for all —Bashir

How organisations bounce back