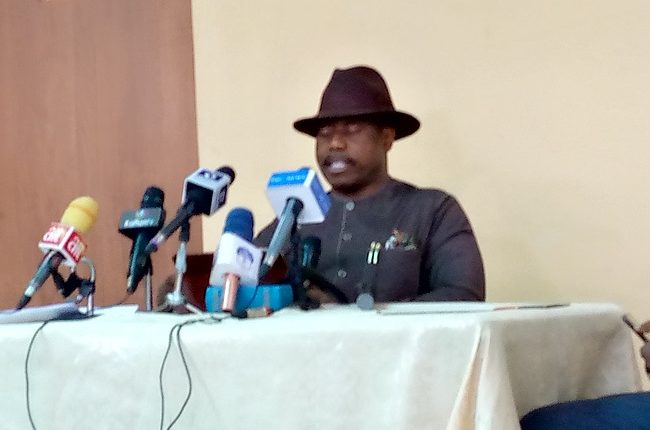 Military coup will no longer be an option to change government for any form of discontent by Nigerian soldiers, as the Nigerian military fared better under democracy as against military rule, Gen. Henry Ayoola, National Chairman, Restructure Actualization Movement (RAM) has said.

Ayoola who said this while fielding questions from journalists on the damage the military has caused the nation through her many incursion on governance maintained that the collective destiny of Nigeria presently remained far more important than any group’s interest.

According to him, Nigeria is being bedevilled by a myriad of insecurity challenges, thus underscoring the need for restructuring the Nigerian system to address the problems with enduring solutions.

“Notwithstanding my military background, I cannot pretend or run away from the fact that we have been through that phase in our national life.

“A lot of lessons have been learnt and that is why it is no longer fashionable for any such thing.

“I do not see any military officer nursing the idea of military incursion anymore. Not only has it become old fashioned, but the truth is also that, as a military officer, I can tell you that the military experienced better professional development in a democratic government.

“The truth is that there were mistakes in the past but the officers themselves fared better under democracy than the military regime.

“It is not as if we are ignoring the past, of course for us to move forward, we must put the past behind us. That is not to say, that we discount the lessons of our history.

“I can assure that the officers and men of the armed forces have learnt those lessons and they are happy with democracy and Never again, Never again, that is the much I can tell you.” Ayoola surmised.

Ayoola who said Nigerians have grouse with the spate of development in the country maintained that agitation must be taken a step forward to make Nigerians actualize restructuring to harness the benefit of our diversity, environment human and mineral resources for the optimal good of the people.

Ayoola said because restructuring is the major key to resolving the crisis facing us as a people, the Restructuring Actualization Movement (RAM), has determined to birth a New Nigeria by galvanizing public consensus towards moving from mere agitation to actualization of restructuring Nigeria.

He said restructuring in its simplest form, would involve the honest and holistic overhauling of the consisting instruments, policies, strategies, systems processes and procedure.

Calling for constitutional review as part of restructuring, Ayoola said some of the already works done should be looked through and finetuned to meet national aspiration.

For Instance, reports of various national conferences, the 2014 National conference, the APC True Federalism Committee and wide-range consultation with socio-cultural groups across board. “Particularly, the omnibus Exclusive Legislative List that has largely under-delivered critical social services and benefits of democracy to the people needs to be reviewed.

The National Chairman of RAW also said Nigerians deserved and have desired restructuring and RAW is determined to deploy all endeavours to deliver restructuring for the people consistent with the provisions of the constitution.

He said with about 70 per cent of Nigerians from virtually all regions are favourable disposed to restructuring as they are felling shirt-changed and frustrated by the worsening situation of systemic and institutional collapse in all areas, individually and corporately.

He said this has informed the decision of the group to hold the National Restructuring Actualization Summit next week to garner the needed consensus to move up from mere agitation to actualization of restructuring.

The British Parliament at the Westminster Hall held a debate on ‘e-petition 554150, relating to Nigeria and the sanctions regime’ on Monday. The government of the United Kingdom has however responded…Military coup will no

The surprise visit made on Friday night by the leaders of the ruling All Progressives Congress (APC) to former President Goodluck Jonathan at his residence in Abuja triggered a stir in the major political camps, resulting in at least four possible theories..Military coup will no    Military coup will no