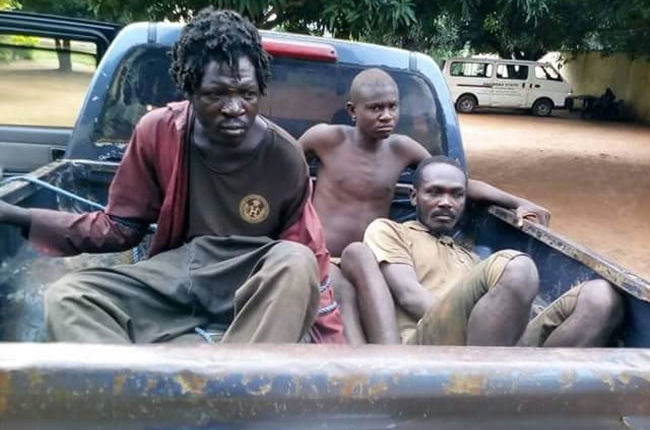 Saturday, October 10 was World’s Mental Health Day. According to the World Health Organisation (WHO), no fewer than one billion people globally still live with mental illness, including Nigeria. IMOLEAYO OYEDEYI examines the challenges hindering the delivery of quality mental health in the country and the solutions.

In this part of the world, it is not uncommon to find people with mental illness on the street walking about with some totally naked. The women among them are often sexually abused. Some of them got pregnant in the process giving birth to babies whose fathers no one knows.

To be sure, some of these persons with mental health issues are sometimes dangerous to the society with casualties recorded when they attack the ordinary man on the street.

Unfortunately, many people still adduce mental illness to spiritual attacks while the victims are forever stigmatised even after being cured, as it is believed in many local communities that there is no total cure for the illness.

It is for these reasons that on every tenth day of October the World Mental Health Day is observed across the globe to draw awareness to mental health issues and rally efforts in its support. According to the World Health Organisation (WHO), “The day provides an opportunity for all stakeholders working on mental health issues to talk about their work, and what more needs to be done to make mental health care a reality for people worldwide.”

In a statement it issued during the week, the WHO stated that this year’s edition, unlike its precedents, comes at a time when people’s styles of living have changed considerably due to the various threats and challenges posed by the coronavirus pandemic all over the world.

According to the joint statement they issued during the week, the United for Global  Mental Health (UGMH), the World Federation for Mental Health (WFMH) and WHO said:  “Suicide is claiming the lives of close to 800,000 people every year  – [one] person every 40 seconds – and is the second leading cause of death for young people aged 15-29 years. Relatively few people around the world have access to quality mental health services, especially in low- and middle-income countries where more than 75% of people with mental, neurological and substance use disorders receive no treatment for their condition at all.”

According to data made available to Sunday tribune, one in eight Nigerians which is about twenty-five million people, has suffered from some sort of mental illness.This fact is made known in  a study published in 2004 by  the WHO Collaborating Centre for Research and Training in Mental Health, Neurosciences, Drug and Alcohol Abuse at the University of Ibadan.

Despite the country’s huge population, there are only eight federal neuropsychiatric hospitals and three state-run similar clinics in the country, leaving the rest 32 states and the FCT in lack, according to data obtained by the African Check from the ministry of health.

Above all, the WHO has estimated that fewer than 10 per cent of mentally-ill Nigerians have access to the care they need. Lending credence to this, the Director of the WHO collaborating centre at the University of Ibadan, Professor Oye Gureje, was quoted by the African Check to have said: “It is a finding showing that those with severe forms of anxiety and depression and substance abuse rarely get any treatment for their conditions. Other studies show that probably a higher proportion of those with psychosis get treatment but mainly from traditional and faith healers and the treatment is often inappropriate and inhumane.”

Corroborating Gureje’s assertion in an interview with Sunday Tribune, the former Chief Medical Director (CMD) of Neuropsychiatric Hospital, Aro, Abeokuta, Dr. Timothy Adebowale, said the saddening state of mental health in Nigeria is a reflection of the country’s current level of development.

“The state of our mental health service delivery in Nigeria is a reflection of our level of development, and general public service delivery. The more appalling state of mental health service compared with other medical care service is attributable to the peculiar general negative attitude to mental illness and the traditional belief system about causation,” he observed, adding that, “The available mental health service like many other services are grossly inadequate in quantity and quality. This is not just about government but about all the players – policy makers, implementers and the beneficiaries.”

In view of the state of mental health and the growing spate of mental disorders both within and outside the country, he said, “The origin of mental ill health can be found in the interaction between nature and nurture and that causal factors are generally categorized into three areas.”

The first, he said, is vulnerability factors. “These are conditions that make an individual to be prone to developing mental ill health at any point in his or her lifetime. These include heredity and other physical assaults to the brain during pregnancy and early life, as well as early childhood emotional experiences. Evidences for genetic origin of illness are found in the observation of their occurrence among family members after removing the possible effects of shared environment and values,” he explained.

“Trigger factors are the second. Man’s inevitable interaction with the environment gives rise to the stresses and strains of life, which demands constant adaptation. Failure of adaptation in the face of stressful life situations, changes and challenges may give rise to mental ill health, the form of which is determined by the individual’s proneness or vulnerability.

“Apart from the psychosocial assaults of life, a host of biological factors such as other medical diseases, injuries or chemical substances and illicit drugs may trigger mental ill health via direct disruption of brain mechanism and functioning or through the emotional reaction of the individuals to their impact on life.

“The last are maintaining factors and they are conditions that prolong mental ill health and prevent recovery, once it has started. They may include lack, wrong or inadequate treatment; ongoing psychosocial stressors and personal emotional reaction to the ill health by the sufferer, as well the reactions, support and attitude of members of the public to the mentally ill,” he stated.

Giving her perspective on the issue, a clinical psychologist, Iyinoluwa Aina, said, “The exact cause of most mental health disorders is not known, but research is making it clearer that many of these conditions are caused by a combination of biological, psychological and social factors.”

Among the biological factors she cited are chemical imbalances in the brain, brain infections, prenatal damage which implies disruption of early foetal brain development or trauma that occurs at the time of birth can lead to mental health disorders, brain defects/injuries and genetic factor among others.

She said psychological factors could be psychological trauma (physical, emotional, sexual abuse) psychoactive substance abuse: prolonged use and abuse of these substances can lead to major mental breakdown, self-esteem difficulties, stress, feeling of inadequacies and overwhelming negative thoughts among others; while the social factors, according to her, include death of a loved one, unemployment, change of environment, social and cultural expectations and dysfunctional family, among others.

She stressed that rising spate of suicide is caused by many factors too, among which are family history of suicide, depression psychosis (a major mental illness that is characterised with loss of touch with reality and can present hallucinations and delusions), impulsivity which is inability to control behavior and act out of impulse, history of substance abuse, crying for help but not getting the any, loss of relation or source of finance, stigma attached to mental health, chronic illness and trauma (emotional, physical and sexual trauma), need for awareness, among others.

Speaking on the traditional ways of handling mental health patients, Dr. Adebowale said, “I am not a traditional practitioner, but our experience shows that about half of patients attending mental health service had attended traditional healers home or spiritual centres before coming to orthodox care centres.”

He underscored the fact that, “there are reports of high prevalence of physical abuse and rights violations at such settings. The longer they are delayed there, the worse the condition of the mentally ill becomes. Education and enlightenment need to be provided for traditional healers to render safe practice, and early referral while optimising the positive components of their services.

While noting that the treatment gap in mental health care which is the difference between the number of people that requires mental health intervention and those that actually get it is very high in the country like in many other developing countries of the world, Dr Adebowale added that a multi-pronged approach to tackle the challenge will involve government, professionals and the people themselves.

He called on the government to efficiently enact policies and resources towards delivering proficient mental health care to every Nigerian, just as he urged the health professionals to be more committed to quality service delivery.

For the public, he canvassed the need for  “enlightenment and information to combat the prevailing negative attitude that prevents utilisation of the available services, as well as active participation of non-governmental organisations,” adding that, “The enormous burden of care borne by family members of people with severe mental disorders needs to be relieved by government. Their care should be the exclusive responsibility of government at all levels, to relieve burden on hapless family members. The absence of this is responsible for the prevalence of homeless mentally ill persons wandering around the streets,” he noted.

In her own submission, Aina, , called on government at all levels to work with statutory bodies to create more awareness, to promote, prevent and properly sensitise individuals to mental health.

My life would have been better, had I become a terrorist, girl in IDP camp laments