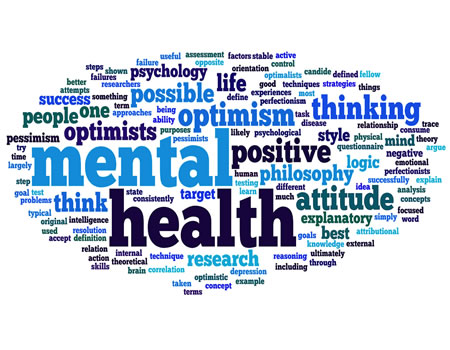 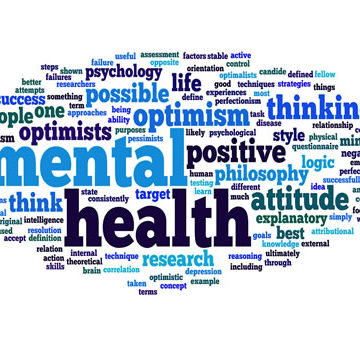 Adejoke* is a single mother and a full-time journalist living in Abuja, the capital city of Nigeria. In 2015, she was diagnosed with clinical depression, after submitting herself to a psychiatric examination several months after feeling as if her world was ending “for absolutely no reason.”

By March 7, 2018, it would be three years since knowing that she has been living with depression since she was a child, she told this reporter. According to her, as long as she could remember, she had always known that something was wrong with her but since she couldn’t place it, she thought it would go away. But it didn’t.

“I was eight when I first thought of killing myself. I still do sometimes. I wondered what life would be at the other end and I asked pastor what was waiting at the end for people who committed suicide. He said it was hell, but didn’t go further than that. Since I didn’t want to go to hell, I thought better of ending my life. That and the thought of damage to my beautiful child keep me from ending my life to this day. It is a constant struggle,” she said, sighing.

Continuing, “I remember being under a dark cloud for most of my childhood. I will tell you this; I had the most interesting childhood any child in Nigeria could have. My parents aren’t typical Nigerian parents. They are big on education and religion which meant that I was exposed to both worlds as a child. We also travelled a lot, which was pretty exciting. I think I got the passion for journalism from my parents, who are well read, especially my father who is the most curious human being alive; and from my mother, whose pure heart for helping people also must have played a big role in my choice of journalism for a career, much to their dismay,” she said, laughing.

As happy as her childhood was, she always felt a sense of “overwhelming sadness” and “didn’t know what to do with it. I didn’t think much of it though, partly because I thought it was the same with everyone and mostly because I didn’t want to trouble my parents. I am the first child, you see and it being responsible and protective of everyone around me sort of came with the territory. I have to say though, in hindsight, no one asked me to protect them.

Being a full-time journalist and a single mother living with depression is hard sometimes, she said. “A lot of the time I struggle with work and I can’t talk to anyone about this except my therapist, who I don’t see quite as much as both of us would like. Did you know that a session costs between N5,000 and N15,000 in Nigeria?! A session is typically an hour a week. For someone who is living on a budget, that is quite a lot. So most of the time, I make hard choices between feeding and clothing my child and my own mental health care. When it feels overwhelming, which it does a lot of the times, I cry and find a temporal relief till I am able to save up and see my therapist. It has been quite hard, I tell you but I am grateful, I am here,” she added, smiling faintly.

“Mental disorders account for one of the largest and fastest growing categories of the burden of disease with which health systems must cope, often accounting for a greater burden than cardiovascular disease and cancer,” the Organisation for Economic Co-operation and Development (OECD said in a 2011 report, Sick on the Job? Myths and Realities about Mental Health and Work. Depression, a UK-based Mental Health Foundation, said: “is a common mental disorder that causes people to experience depressed mood, loss of interest or pleasure, feelings of guilt or low self-worth, disturbed sleep or appetite, low energy, and poor concentration.” It is “different from feeling down or sad,” it went on to say on its website, adding: “Unhappiness is something which everyone feels at one time or another, usually due to a particular cause. A person experiencing depression will experience intense emotions of anxiety, hopelessness, negativity and helplessness, and the feelings stay with them instead of going away.”

By WHO data, at least “one in four people in the world will be affected by mental or neurological disorders at some point in their lives,” placing the total number of people “currently suffer from such conditions” at 450 million worldwide. The implication being mental disorders is “among the leading causes of ill-health and disability worldwide.” There are no specific data on the number of all people suffering from mental disorders; however, available statistics from the WHO indicates that there are 130 psychiatrists to a population of 174 million in Nigeria; placing Nigeria 30th most suicide-prone out of 183 nations in the world, at 15.1 suicides per 100,000 populations per year.

“Around 20 per cent of the world’s children and adolescents have mental disorders or problems,” WHO said, which is an alarming rate since most of the children who bear the brunt of mental disorders are children in poverty, as researchers have shown. What is more? Over 800,000 people die every year from the world’s second leading cause of death among 15-29-year-olds – suicide; 75 per cent of which occurs in low- and middle-income countries, according to WHO.

In emergency situations such as conflicts, wars and disasters as Nigeria is currently witnessing in the Northern parts and the Middle Belt of Nigeria, “rates of mental disorder tend to double”, widening the inequality gap “in the distribution of skilled human resources for mental health.” Shortages of “psychiatrists, psychiatric nurses, psychologists and social workers are among the main barriers to providing treatment and care in low- and middle-income countries. Low-income countries have 0.05 psychiatrists and 0.42 nurses per 100 000 people. The rate of psychiatrists in high-income countries is 170 times greater and for nurses is 70 times greater,” WHO added. In Nigeria, the number of mental health practitioners providing healthcare to sufferers is significantly low; and the budget for mental health care systems virtually non-existent. For instance, Nigeria’s health sector got only 3.9 per cent of the total budget at N340 billion, dipping by 0.27 per cent from 2017.

The implication, therefore, according to WHO, is that the “poor often bear the greater burden of mental disorders, both in terms of the risk in having a mental disorder and the lack of access to treatment. Constant exposure to severely stressful events, dangerous living conditions, exploitation, and poor health in general all contribute to the greater vulnerability of the poor. The lack of access to affordable treatment makes the course of the illness more severe and debilitating, leading to a vicious circle of poverty and mental health disorders that is rarely broken.”

According to OECD, “one in five workers suffer from a mental illness, such as depression or anxiety,” just as many of these sufferers “are struggling to cope.” In the United Kingdom, “15 to 30 per cent of workers will experience some form of mental health problem during their working lives,” WHO said, citing the United Kingdom Department of Health and the Confederation of British Industry reported. Estimates from the European Mental Health Agenda of the European Union (EU), put adult working population that has some type of mental health problem at any given time, at 20 per cent. In the USA, it is estimated that “more than 40 million people have some type of mental health disorder and, of that number, four to five million adults are considered seriously mentally ill.” The economic implication, therefore, is that the UK, 80 million days are lost every year due to mental illnesses, costing employers £1-2 billion each year; while the United States loses about “$30-40 billion and an estimated 200 million days lost from work each year” to treating depression alone.

There are no data on the cost implication of untreated mental illness in Nigeria to individuals and the economy, especially as it relates to unemployment which studies show has a “complex relationship” with mental illness, according to a study reported in the Journal of Community Psychology. As OECD put it, “increasing job insecurity and pressure in today’s workplaces could drive a rise in mental health problems in the years ahead,” as “in the current economic climate, more and more people are worried about their job security.” In the Journal of Community Psychology report, it was stated that “an analysis of employed respondents revealed that those who became unemployed had over twice the risk of increased depressive symptoms and diagnosis of clinical depression than those who remained employed.” It will be recalled that more than one million people were said to have lost their jobs in 2015 alone, in Nigeria.

*Adejoke’s name is changed to protect her identity.

This story is written as part of BudgIT Media Fellowship.

Dollar not for Dullards