•When I graduated and won an award, my father gave me a brand new car 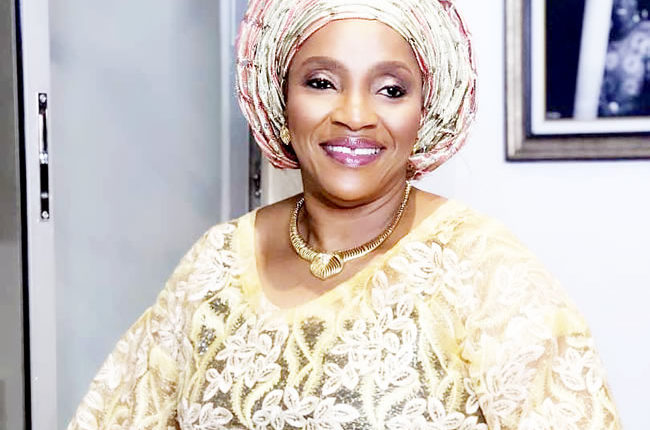 Oluwabunmi Ayobami Amao, former Special Adviser to the a former Governor of Oyo State, Senator Abiola Ajimobi is the current Director-General, Centre for Black and African Art and Civilization (CBAAC). In this interview, she shares her growing up experiences and her plans for the organisation among other issues. SEGUN KASALI brings the excerpts.

You are the first daughter of the popular businessman and billionaire, Chief Bode Amao. How was growing up like for you?

My dad is the Asiwaju of Ibadanland. I was born in Kano just like my other four siblings because my father met his wife in Kano and they got married there. But, when I was nine months odl, my grandmother took me to Ibadan. So, I grew up with my grandmother till she died when I was eight. When she died, I had to go back to my parents. By then, they had moved to Lagos. I was the Group Managing Director, Bode Foam and other subsidiaries belonging to the company. But, despite being from a privileged background, my father was a disciplinarian. He would tell you that ‘look, all I have today products of my hardwork. You cannot now be gallivanting about that you are the daughter or son of a rich man. You have to work hard for yourself.’ So, that encouraged us to work hard. There was even one of my brothers who said to one lady he was trying to chase that money was not a problem but how to spend it. When my father got to know, he told the lady that the money this boy was talking about is my money and he told him that he could not be bragging about his money. My Dad sent us to England, America and wherever we wanted to go. After that, you were on your own. When I graduated from  school and won an award, he gave me a brand new car. In fact, I bagged scholarship to further my education after my MBA in Finance. But, my father said no to the scholarship and rather asked me to take the Institute of Chartered Accountants of Nigeria (ICAN) Examinations.

He wanted me back in Nigeria to do a professional course because I am his first born and the first of the four girls. But, most importantly, he wanted me to stay in Nigeria so I could manage his business. When I was doing my ICAN, I was under his Financial Controller. In actual fact, most of us had professional training.

Would you say strict parenting made you tough?

My parents were tough especially my mum. She was extremely tough. After beating us, she would now wait for our dad and still report  us to him. This was so serious to the extent that I wrote a letter to my dad when I got to England and asked him to tell me the truth if the woman was actually my mother because a mother cannot be beating and giving us so much work to do. From age 9, you must know how to cook. And you know I lived with my grandmother she really spoilt me. They were even saying thank God the woman did not stay for long because I would have been so spoilt if I had been with her till about age 17. My Mother was always beating me. Unconsciously, dad had trained me to behave  like a man. At the time my siblings were enjoying their holidays, he would carry me to the factory. He drilled me so much. So, yes I am a little bit tough on my children and thank God they came out well. I have two pastors, the Medical Doctor recently came to Nigeria for a programme organised by his church, Christ Embassy. The other one is a film maker in the creative space.

How did you come up with your furniture business idea?

I didn’t even realise it until I got to somebody’s house and saw that things were not arranged properly the way it should be and I tried to re-arrange things for them. So, I told them what to buy here, put there and all. One of my friends (Mrs. Rabiah Ajibade) now said Bunmi! This is not normal o. Don’t you think you have a gift for this? She was the one who made me to start it in England around 1979/1980.

That spurred you into action?

I started having interest and when people started saying come and help us arrange our house, I would say you have to give me money. But in actual fact, I never monetised it until I came to Nigeria. I was the one who established the furniture arm of my dad’s business before establishing mine. So, I finally went to Abuja to build a big factory because I had really been established here in Lagos. And thereafter, the late former governor of Oyo state, Senator Abiola Ajimobi, appointed me as his Special Adviser on Tourism. Before my tenure, Culture and Tourism never received any recognition. But, when I came on board, we turned the tourism sector around. We collected awards due to the efforts geared towards refocusing the tourism sector in the state.

You seem to have been replicating this dexterity in your new office as the Director-General, CBAAC despite having spent just 10 months?

I was announced as the Director-General of the Centre for Black and African Arts and Civilisation (CBAAC) on the 26th of August, 2020. After my resumption, the first thing I did was to read the CBAAC law. Why CBAAC is not that popular was the fact that only academics had been sitting atop the organisation. Also, the organisation had for long been organising only colloquium, conferences etc. So, they were mostly doing lectures and that is why if you call CBAAC anywhere, they won’t know what it is. But, if you go to the University of Lagos, University of Ibadan and the likes, they know CBAAC. But, that is not all what CBAAC is known for. CBAAC is the custodian of all the artifacts from the 59 countries who participated in the FESTAC 77. CBAAC is an incorporation of all things that need to be known about when it comes to cultural activities.

How have you been working to make CBAAC better?

Thank you. What I am doing now is embracing all together including what they know best to do and what I know best to do according to the Decree. Recently, we had a programme called Day of the African Child. This was drawn from the days of Soweto when the children went on rampage that they were not going to school. To me, that had gone and children now go to school. But, I now used the opportunity to bring out the African Culture with the theme- African Culture Fit in upbringing of the African Child. And it went beautifully well as the feedbacks were very encouraging. They were saying that we should start talking. Most of our children especially the Yorubas believe that if they don’t bring up their children with English, effective communication would be affected. So, as a result, the yoruba culture especially is eroding. The Hausa people up till now still train their children in Hausa language. And when those children speak English, it is sweet. One of the speakers we invited recited his oriki and everyone clapped. When he asked if anyone could recite theirs, no one could heed to the call for action. We must not allow our culture to be destroyed.

Nigeria still has a very small number of women in leadership positions. What do you think is responsible for this?

Yes, you are correct. In fact, the conversation is still on. I joined 100 Women Lobby Group and in fact, I was the head of the Southwest region. I stand to say that there are quite a lot of women out there who are determined. We always want to make impact anywhere we are. There is something about women that I cannot explain because of their penchant for effective delivery of service in whatever capacity. For instance, Look at Erelu Olusola Obada-she is my mentor anyday anytime. Aunty Shola does not know how to sleep. When she is sleeping, she is shaking her legs. And whenever we are going somewhere with her, she is so agile to the extent that we would have to be running after her. Anybody close to her will know that God created this woman specially. Also look at the Minister of Finance too, Hadjia Zainab Ahmed. She is my closest person. She is a workaholic. I think it is because of the way both of us are that we got that close. They need to give us space to do something.

Children should learn to expose those who want to steal their childhood, future…