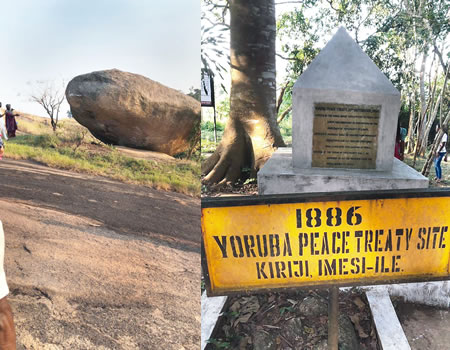 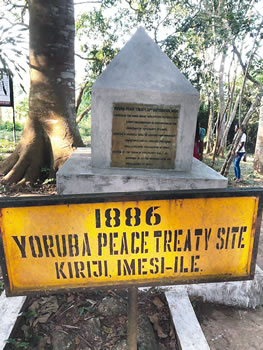 The time has come to relive the history and turn Kiriji War site into an international tourism destination. Kiriji War was the longest war ever fought in history by people of the same historical and tradition descent and lineage, which lasted  16 years. At the end of the harrowing war, there was an international intervention by the colonial lords which led to the signing of a peace treaty on September 23, 1886. This war brought peace within Yoruba land and till date, there has been no war among the Yoruba.

The cause of this internecine war has been documented in history books which is essentially a spirited attempt by the Ekiti and the Ijesha to overthrow the overlordship of the Ibadan which was then establishing an empire of a sort.

And in its bids to sustain and maintain its hold on outer territories, the Ibadan posted Ajele to far-flung areas where its influence ruled the day. Ajele was called to protect the interest of Ibadan in barely all Yoruba land to rule the conquered territories on behalf of Ibadan.

According to history, there was a particular day that one of the Ajeles got drunk and intoxicated with power, allegedly had sexual intercourse with the wife of Fabunmi, a great warrior and a native of Oke-Imesi.

When Fabunmi heard about this brazen oppression, he was so annoyed and he beheaded the Ajele and sent the head to the Ibadan monarch. Fabunmi knew that what he did would lead to war so he went to his motherland for support so as to fight against the Ibadan monarch.

The Ibadan army camped at Igbajo while the Ekiti Parapo camped at Imesi-ile. This was the Kiriji War, a name derived from the sound of the gun used at the war front that sounded “kiiriiiiiijii”.

It was one of the fiercest and ferocious wars ever fought between brothers.

Though the war was eventually quenched, the peace treaty was signed but there are historical sites, mementoes, relics, sacred places, mystery stream  and others.

There are historical places which are testaments of the war.

There is Ogendengbe chair and stool. It is the place for commanding tower for the army of the Ekiti Parapo and they waited for him to command and communicate to the commanders. Also at the same place, there is a place called ‘Ojubo Ogun’, that is Ogun shrine where Ogedengbe did consult the gods on every issue. There is a  300 staircase to make it easy for people to get there.

It was formally called Eleriko which supplied water to both the Ibadan and Ekiti Parapo Confederate camps. However, during the war, the wounded warriors washed their faces of blood inside the water and this made the water turn red because of too much blood. 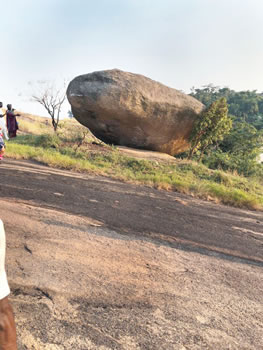 It is the place where the warriors made their weapons in olden days during the war.

It is where Latoosa died. Latoosa was the leader of the Ibadan warriors. There is a tree in the place which was planted by Ogedengbe called IPEREGUN TREE. The tree was planted at the place where Latoosa died because he acknowledged that Latoosa was his leader and also because of the relationship between them in Ibadan. There is another tree at the water called “Faragbota”. It is called that name because the warriors used the tree as bullet shield during the war when their opponents were shooting. It was said that anything someone says in that place will come to pass.

This is another place where tobacco (taba) was grounded for Latoosa. The grounding space is still there till today. It is an open mountain to which warriors go to ground tobacco . However, they were always vulnerable to attack at this location.

The ancient landmark where peace was restored to halt the internecine war. It is the place where all the stakeholders signed to end the war on September 23, 1886. The Twelve Articles were signed and inserted in a bottle and buried in the hole of about six feet.

There are caves where the warriors do hide during the war. They could stay there for abut three weeks. The caves are nine in number; Some caves can contain 200 to 300 people. There is a local pool, the warriors had their bath there. The pool is called Omi Iwosan. There is a belief that the water heals. Also, there is a rock called Okuta Alabahun (Tortoise Rock). It is held that a tortoise turned into the rock.

These places are great tourism attractions which are in the process of being developed and will attract tourists all over the world.

Tourism: Ogun to explore online marketing for adire, other products