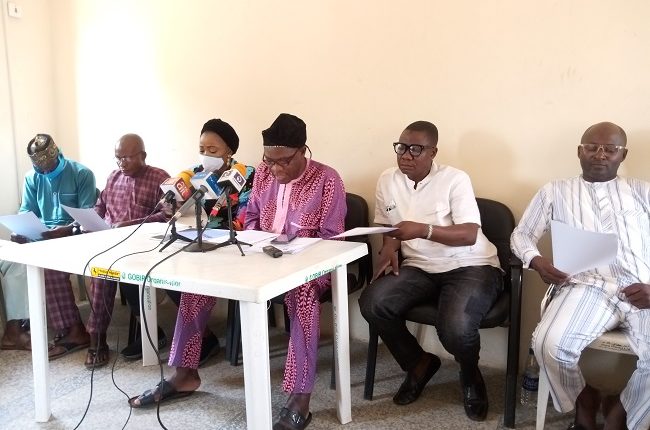 Some members of the executive committee of the All Progressives Congress (APC) in Kwara State have said that they are not being carried along in the ongoing membership registration and revalidation exercise in the state.

Speaking with journalists in Ilorin, on Wednesday, the vice-chairman of the party, Chief Sunday Oyebiyi, in the company of some other members of the executives, alleged that the membership registration and revalidation committee hoarded registration materials in some identified areas.

The APC members, who demanded a level playing field in the exercise, said that “the exercise as being presently conducted is not only skewed but it is in clear breach of the guidelines as enumerated by the party national leadership.”

The Kwara APC stakeholders, who called for deployment of the registration materials to all the units, said the use of exercise books to record personal details of the registrants should stop.

The people, who urged APC members to continue to be peaceful and law-abiding, said that they should remain report all matter of provocation to relevant security agencies.

Samari, who said that the APC registration/revalidation exercise is being carried out across 1,872 polling units of the state and simultaneously across all the 16 local government areas of the state, said the party sees no reason why anyone should deploy violence or resort to self-help in the exercise, adding that, “every willing person will be registered.”

“The party has set up a standing committee to ensure prompt resolutions of any development anywhere in the state.

“Once again, the party urges everyone to be peaceful and orderly. Security agencies will be on the ground to maintain law and order. No genuine party member is expected to engage in any violent act.