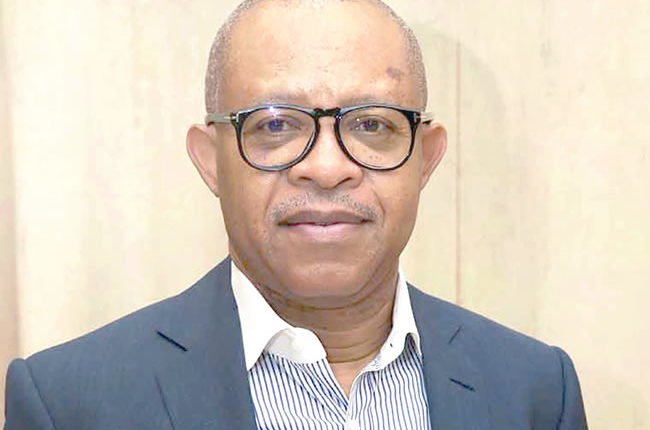 Emeka Okwuosa is the Chairman of Oilserv Limited, an indigenous Engineering, Procurement and Construction (EPC) company. In this interview with OLATUNDE DODONDAWA, he explains the challenges and merits of being the lead contractor for the first segment of the Ajaokuta-Kaduna-Kano (AKK) pipeline project. Excerpts.

What challenges do you envisage in delivering the project, and what are your fears?

I won’t say I have fears. Every project comes with its challenges. There are challenges to build a project like this in virgin forests, to go through rivers, to go through rocks,  to deal with security issues.  These are challenges; but I don’t have fears because we have the knowledge and the experience to deal with it. We are very ready to deliver the project and deliver the project on time.

What are your perspectives on the value proposition of AKK pipeline for the economy?

Gas is very important to the economy of Nigeria.  Nigeria is predominantly a gas country, and not necessarily an oil country. We have an abundance of gas reaching up to 200 trillion cubic feet already proven and existing reserves; but clearly there is far much more than that because exploration has not gone far much in the gas sector.

When we look at the real gas issues in the country, I would say that Nigeria has not developed the capacity to utilize gas; and the capacity for gas utilization is about infrastructure.

You cannot easily store gas after producing it. The reason is simple: gas is very difficult to hold unlike liquids. And for you to keep gas in a place, you have to pressurize it in order to move it to a location. There are many ways to move gas. One is the liquefaction system in which you have to pressurize, compress and freeze it in order to ship it. That is what the NLNG does presently.

But to utilize gas in Nigeria, what is required is clearly a gas transportation infrastructure. Nigeria has conceived this in a clear way since the early 2000s and came up with the Nigerian Gas MasterPlan of which a portion has been constructed. One is the Escravos to Lagos Pipeline which starts from Escravos, goes through Benin and then heads to Lagos. It goes all the way to the Egbin Power Station and feeds the entire Lagos.

The other section of the NGMP is actually what was going to kick off from the Qua Iboe Terminal (QIT) in Akwa Ibom State, and then goes through Ibom node, then to Umuahia and Enugu to Ajaokuta. The system would now progress from Ajaokuta to Abuja, to Kaduna and Kano.

So what we are working to achieve now is the AKK which is the section from Ajaokuta to Kano. And the Ajaokuta-Kaduna-Kano is very important because without the existence of this pipeline, the entire section of the Qua Iboe pipeline which ends in Ajaokuta will not be commercial enough in the sense that the offtake will not be robust enough to justify that pipeline.

So, in reality, gas will make a lot of difference because with gas availability industries can run. And besides industries running, we are also talking about power generation, gas based industries like the urea plants which manufacture fertilizers. So with AKK, you will be able to locate these plants where you need the fertilizer which is where you have agricultural activities going on. That makes it cheaper and more available.

Why is AKK now perceived as the main project in the entire Nigerian Gas Master Plan, especially when there are no sales agreements justifying the pipeline?

It is important to state clearly here that this issue of Nigerian Gas Master Plan is well articulated, and it has been there for more than 20 years. The implementation of the masterplan started with the Escravos to Lagos pipeline which is already in place. I will come to that. The master plan also involves the OB3 pipeline which is the East to West interconnector.

Now when you look at the NGMP, it is just well articulated. The execution of the AKK part of it, as well as other southern parts, has been delayed for quite a while and the reasons are there. But we give credit to President Muhammadu Buhari for taking the gauntlet and making this a reality and supporting it strongly.

What plans do you have for host community youths that might seek participation in the project?

First of all, I give thanks to Mr President for being in the forefront of driving progress in the oil and gas industry.

As you may be aware, which a lot of people may not, President Buhari built the infrastructure we had in the 1970s when he was the Federal Commissioner for Petroleum Resources. Most of these refineries you see today were built within the period when he was there.

When President Buhari came to power in 2015, he made the domestic gas infrastructure development a cardinal project. this project has been on the drawing board since 2008, 2009. He made it happen. What his project shows clearly is the dedication of President Buhari to local content and local capacity. Oilserv is an example of that, and Oilserv shows clearly that government means what it says.

We had been operating before the local content law came into being, but we have continued to build capacity, including building capacity beyond Oilserv by empowering other contractors to grow. So, we constitute a team with the federal government in this regard.

Could you provide more clarification on the viability profile of the project and how it is going to generate funds to address the loan?

The facility being taken is meant to be repaid in 15 years; but this project can pay itself in less than 10 years because this is a commercial venture. When you pipe this gas you have gas flowing through to industries, to power plants. There are tariffs to be paid to even transport this gas.

If you understand the mechanism of gas transportation, for every cubic meter of gas that passes by there is an amount that is paid by those who use it.  In addition to that, the gas itself that passes by would have to be paid for to be used. So this is a commercially viable project.  It’s not the kind of a project that the government has to support for it to be viable.

There are arguments that gas infrastructure is needed more in the upstream industry to connect and enhance production of stranded gas?

In addressing the issues of stranded gas, let me point out that when you talk of stranded gas, it doesn’t translate to production. But let us remember one thing: that you do not talk of production when there is no offtake. And the reason why production is muted is because of offtake issues. Offtake cannot happen if you do not have infrastructure to deliver the gas. These are step by step issues.

Now let me be a bit selfish. When you have stranded gas and you have this need of interconnecting it to demand centers, it creates a business case for investments. And the investment that comes in is what drives employment; it is what drives capacity building. As we speak today, we all know that AKK will generate thousands of jobs. It is not just all about jobs, local vendors will come in, and materials will be supplied locally during the construction phase.

Given the terrains that the pipeline will traverse, do you think the 2023 timeline for delivery is feasible given the obvious challenges in the operating environment?

Of course, you will always have challenges when you construct pipelines in Nigeria. Those challenges come from the issues of security, issues of local conditions, road conditions because you have to move the line pipes by road most of the time. We do not have the robust rail system to do that. So, that impacts a lot on the speed.

Having said that, the timing put on this project is well articulated. It is feasible and we know it is possible. It is just that we have to work hard on it because it is necessary to do that.

So, when you look at the economic impact, I would say clearly that the impact of this project is massive in concept and will be massive in reality.