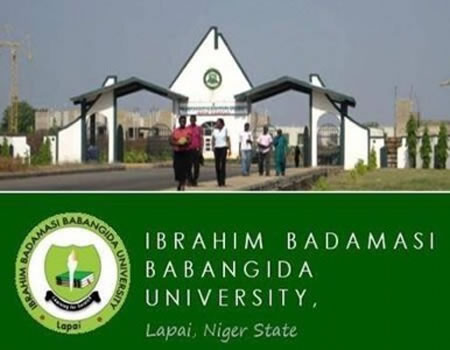 THE Medical and Dental Consultants Association of Nigeria (MDCAN), Minna branch, has promised support for immediate take-off of the College of Health Sciences at the Ibrahim Badamasi Babangida University, (IBBU), Lapai in Niger State, by next academic session.

The chairperson of the association, Dr Halima Isah Umar, gave the assurance when the executive members of MDCAN paid a courtesy visit to the management of the university in Lapai.

Dr. Umar commended the management of IBB University for taking a bold initiative in establishing a college of health sciences in the state, expected to help bridge the widening gap in health personnel.

She pointed out that the project would require a huge capital investment, adding that a medical college in the state was long overdue.

The chairperson noted that MDCAN, which was an affiliate of the Nigerian Medical Association (NMA) was the largest specialist medical association in the West African Sub-region with over 2,000 members from teaching and specialist hospitals across all parts of Nigeria.

She added that the association had qualified consultants in all fields of medicine that could teach at both the undergraduate and postgraduate levels of any medical college.

Dr Umar further lauded the management of the university for doing the Niger State proud with high-ranking research outputs and quality academic programmes.

He disclosed the readiness of MDCAN in the state to partner with the university, for the realisation and immediate commencement of the college of health sciences.

Also in his remarks, a member of MDCAN and the Commissioner for Health, Dr Mohammed Makusidi, assured of Niger State government’s unwavering commitment to the college of health sciences project, saying all hands would be on deck to ensure its  success.

Earlier, while welcoming members of MDCAN, Minna branch executive in the senate chamber of the university, the Vice-Chancellor,, Professor Abu Kasim Adamu, reiterated the management’s determination to ensure the take-off of the college of health sciences of the institution as contained in its implementation roadmap.

He disclosed that Niger State that had no teaching hospital of the north central states, hence the decision by the management of IBB Universityt to establish the college of health sciences.

Professor Adamu appealed for support from all relevant stakeholders in the state towards the realisation of  the objectives of the management.

What will guide our directions in UNILAG ― New governing council