MDCAN appeals to FG for immediate implementation of hazard allowance 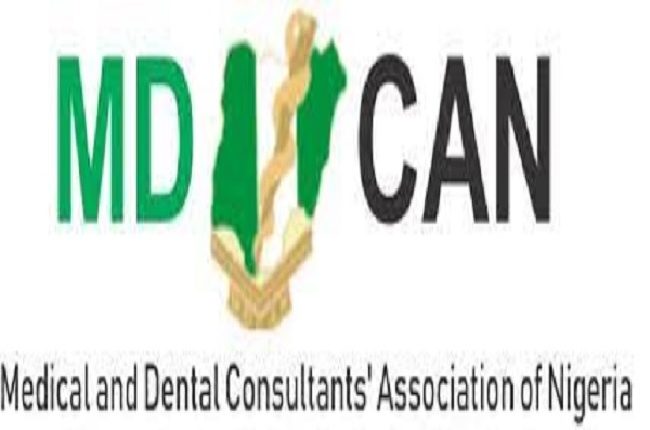 The Medical and Dental Consultants’ Association of Nigeria (MDCAN) has demanded the immediate implementation of hazard allowance for workers in the hospitals without further delay.

The president of the association, Dr Victor Makanjuola, made the appeal, while, speaking to newsmen in Abuja on Tuesday.

MDCAN is a group of medical specialists in different fields of medicine and dentistry. Consultants are those practitioners that have the highest qualifications in medical practices.

MDCAN has membership in government and non-government hospitals and tertiary and secondary health facilities across the country.

Makanjuola said the call came at the MDCAN National Executive Council (NEC) meeting in Rivers state, where it was unanimously resolved to make the plea.

“The NEC advises the Government to be wary of actions that could result in loss of remunerations to the health workers, especially in the face of worsening inflation in the country.

“We call on Government to immediately resolve the issues of the ongoing Academic Staff Union of Universities (ASUU)’s strike, to allow students to return to school.

“State Governments owing our members several months of salaries and other emoluments are enjoined to pay the arrears of what is owed to the medical and dental consultants working in their hospitals and continue payment of their monthly emoluments as at when due, with particular reference to Abia and Ondo State Governments,” he appealed.

According to him, governments at all levels are encouraged to prioritize the allocation of resources to the health sector for infrastructure and human capacity development.

Makanjuola said that governments at all levels were enjoined to increase funding for healthcare service delivery, especially at the secondary healthcare level.

He said that the association also called for the speedy address of the issue of the shortfall in remunerations of its members without further delay, especially that of the Clinical Lecturers.

He, however, appealed for the government to put all processes in motion to stop the mass exodus of Nigerian doctors to other countries.

“The Federal Ministry of Health, National Council on Establishments and other relevant Agencies of Government should expedite action on the implementation of the upward review of retirement age for Health workers.

“Further delay might result in irreversible damage to the nation’s health security from the brain drain of the experienced and highly skilled health workforce,” he stressed.