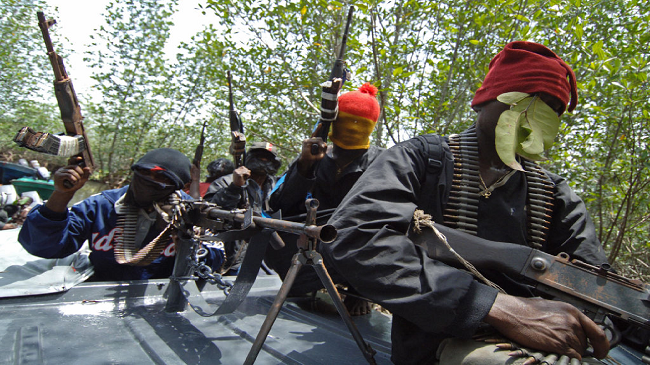 No fewer than 13 persons have been killed in Onicha Local Government Area of Ebonyi State following an attack by gunmen.

Tribune Online gathered that out of the number, two were policemen killed in Isu community; while others including two lawyers were killed by the gunmen at Onicha Igboeze.

Tribune Online also learnt that the two lawyers were passing by in a vehicle, but unfortunately ran into the gunmen who were travelling in a Lexus SUV.

Recall that in the last three months there have been killings in Onicha Igboeze by gunmen and security agents.

Last month, a woman and daughter of the traditional ruler of the community, Elizabeth Agwu was hit by a stray bullet when policemen invaded the community to arrest a suspected member of IPOB.

The woman died as a result of the bullet which struck her in the abdomen. The suspect who the policemen came to arrest was also shot dead by the police.

Before that incident, about seven travellers were burnt alive inside a vehicle they were travelling with on the Onicha Igboeze road.

When contacted, the state Police Public Relations Officer, DSP Loveth, confirmed the latest invasion but said details of the incident were still sketchy.

She, however, noted that the State Commissioner of Police,  Aliyu Garba has dispatched a team to the area.