Marriages of clerics, celebrities, others are crashing because of absence of God factor —Owadayo 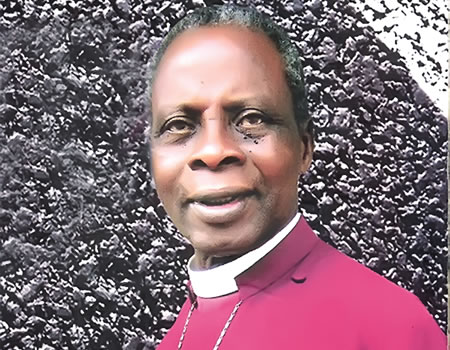 Cases of sexual molestation of minors have become worrisome in the country including the South-West. What is your view on this and how can this be addressed?

It sounds incredible for any adult to defile children of two, three, four or even 10 years. I don’t know how it happens, but people say it is not unconnected with ritual activities. Men want to use it to make money. This is the problem of life. This shows the rate at which people tend to worship money. This is why life is becoming more difficult. Women are nation-builders and they should be brought up properly. All these must be stopped in our society. It is absurd and ungodly. It is only God that can forgive anyone who commits such act.

You have spent most part of your life as a cleric. Any regrets?

Not at all. Being a cleric has given me a lot of satisfaction, though not in the area of finance. I have never craved for material wealth and God has been providing for me. I’m contented with the little that I have. My ambition was to become a teacher. I taught in the primary and secondary levels as well as in higher education, precisely in the polytechnic and university. I also taught at the Immanuel College of Theology, Ibadan. I also teach on the pulpit. So, I would say that my desire has been fulfilled as a physical and spiritual teacher. I made up my in my final year in the secondary school to become a cleric in appreciation of what God did in my life. It was not easy to have a secondary education in my time because secondary schools were not many and it was expensive. My parents were peasant farmers. We had only one secondary school in the whole division. I am grateful to God that I passed the senior Cambridge examination (now WASSCE).

What was the experience like as a lecturer at the Immanuel College of Theology, Ibadan?

We had white people as principals in those days. We had Anderson and Papa Adegbola as the first indigenous principals. We had Papa Omodunbi and Arulefela too. We also had Bishop S. K. Solanke who got the institution affiliated to the University of Ibadan and he thus became the first dean while I was the second dean.

You have spent 54 years in marriage. What is the experience like?

What has given me very great joy is that God gave me a wife who is a believer and her presence has strengthened my life and buttressed my ministry very much. This has given me the courage to face life. When it was pleasant and otherwise, we were together. We have been together like twins. She understands me and I understand her. This is the basis of our joy and this is why we have decided to celebrate our 80th birthdays as well as our 54th wedding anniversary on August 31.

How were you able to overcome the challenges of marriage?

I need to underscore the fact that we have never had an experience or challenge that almost or threatened our marriage. Though we had difficulties at one time or the other and you will agree with me that life has not always been rosy, especially when matters like transfer come up. That created conflicts between us but we were able to overcome it. The fact that my wife was a teacher also made things easier for us. God also blessed us with understanding children, so, we relatively don’t have any problem.

How will you react to crash of marriages especially among clerics, celebrities and others?

It is a pity that many homes are crumbling due to conflicting experiences. Life was equally difficult economically when we were young, but people who have faith in God will know that situations can be addressed amicably between husband and wife if they understand each other. People should go into marriage with the understanding that God established the institution of marriage and you cannot go into it without God. So, if there is any conflict, you have to go back to God for guidance, support and provision. In our own situation, whenever we had conflicts, we knew that we would say the family prayer together in the morning and in the evening and you cannot curse at the place of prayer, it is blessings and blessings and so within 24 hours, the issue would have been resolved. But nowadays, some couple place the desire for wealth above God. This is not good as it will create problems for them. God has been the reason behind the success of our 54 years in marriage. If one is prayerful, God will hear one’s prayers and nothing will be able to separate a praying couple. I thank God for answering my prayers.

You mean how did my wife meet me? I first saw her when she was in the primary school. She lived with her uncle in Ibadan and she belonged to the Christ Apostolic Church family. But her uncle was an Anglican priest. She came back home and I saw her as a beautiful young girl. I was attracted to her because she spoke the Yoruba language with Ibadan accent. That really impressed me. She was not in my class, but her brother was. During the break, I used to tease her and she would report me to her brother. I always liked her to speak Yoruba with Ibadan accent. We parted ways and after some time, we met when I was in the secondary school and she in the modern school. We attended the same chapel for one or two years and we parted ways again. After some years, when I had finished secondary school and she was at St. Helen’s College, Ondo State, we met again. I had met some other girls before her, but they were not interested in my chosen profession of being a cleric. The other girls asked me to take up appointments at Kingsway, Leventis or UAC. But when I told Eunice, she was the only one who supported me. She said it is a good profession and she encouraged me.