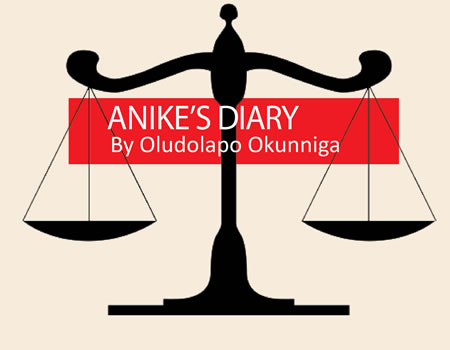 I will start with this. Africa is basically a patriarchal society. But be that as it may, it is also a society that has absorbed into its own culture and customs laws received from other jurisdictions. Hence we are bestowed with the “gift” of marriage under the Act through the English Laws. Therefore, any marriage so contracted under the Act is statutory and must be governed by the laws that created the same.

While issues of divorce or inheritance are largely in direct consonance with the marriage contacted by parties involved, the issue of name-taking or name changing finds no strength under the Marriage Act or any other laws in Nigeria. Hence a woman taking up her husband’s name remains a matter of choice and or custom. Generally in Africa and in some other cultures, women are expected, note (expected) to take up the names of their husbands upon marriage.

There are many reasons primarily of which is uniformity in identity of parties and in some cultures the husband assumes the role of legal guardian over a woman and so the woman must bear his name.

The world has evolved and many women now choose not to bear the names of their husbands due to so many reasons. For some women, their names may have been reflected on so many deeds or documents and accounts that it will be very tedious attempting to change such names to reflect the names of their spouses and so they choose to retain their names for such official transactions. Some women chose to retain their family names to establish a link to their family especially in situations where all the children in that family are female. They adopt a compound name to maintain family identity. Others chose to bear their family name due to its prominence and would add same as a prefix to their husband’s name. The last two so mentioned are very common in Nigeria.

Let’s go down in history. And for this I credit the internet with extensive research. In countries like the United States, name changing is basically traditional because about 10-20% of women do not change their names after marriage.

The story was a little different like four decades ago. In those days, women were forbidden to keep their last names. The premise was that the wedded couples were viewed as “one person” by the law. But the backlash was that it prevented women from having voting rights and also required their husbands as sole signatory to enter into and or conclude financial transactions.

In the past, a husband was the sole person who could vote, hold property, get a loan, etc. However, by 1972, a court decision changed the status quo and gave rights to women to use their own names even while married.

But as far back as 1855, Lucy Stoner was the first woman to legally keep her last name but she was negatively viewed by Midwestern Americans as negative and that she was a deviant from the archetype of the “good woman”

Today, 50% of Americans still think it should be against the law to not take a husband’s last name. In the past and perhaps still in some places, women who kept their own names were called, sometimes disparagingly, as Lucy Stoners.

Starting in the 1920s, there was a Lucy Stone League. Due to their work the first married woman to get a passport in her own name was Doris Fleischman in 1925. The first woman to get a property title was Ruth Hale who organised the league. She owned an apartment building in New York on the upper west side. They fought for women to get in their own name the first library card, insurance policy, copyright, paychecks and telephone account among other things. This is why Donald Trump’s grandmother who started the real estate business he now owns named her company Elizabeth Trump & Son. She needed her underage son (Donald’s father) so she could register property titles, collect rent and write checks and so on.

In the US, it is customary for wives to take their husbands’ surnames. Court fees are waived for women to change their surname to their husbands’ after marriage. Also, the parents have the liberty of choosing the surname they want for their kids though it is more customary or traditional to use the father’s name. Women who already have an established career will not change their surname. Case in point is Hillary Clinton.

When Hillary Rodham married Bill Clinton she kept her Rodham surname. By then it was fairly common for professional women to keep their surnames in the North but this was still controversial in Arkansas. A few years later, she changed her surname to Clinton to improve Bill’s chances for reelection.

I may consider political asylum — Ex US Secretary of States, Albright

Naira Marley as template of a failed nation

Forcing your child to become foreign