Market closure: We lost over N500m, Kaduna traders cry out 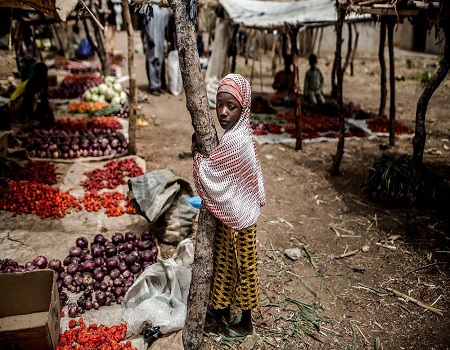 The Kaduna State Market Traders Union, on Thursday, said its members lost about N500 million following the closure of the Sheik Abubakar Gumi Market in Kaduna by state officials.

News Agency of Nigeria (NAN) reports that officials of Kaduna State Markets Development and Management Company closed down the market on November 20, over outstanding rent and service charges.

He described the action as very unfortunate considering the huge losses, even though 75 per cent of shop owners have paid their rent and service charges.

“We received a letter from the company, informing us of its plan to close the market to put pressure on defaulting traders to settle their outstanding revenue charges.

“They told us that they will close the gate of the market and allow only those with evidence of payment, entry to the market.

“We advised them against taking such action and suggested to them to just identify the defaulting traders and lock up their shops without inconveniencing those that have paid.

“But they went ahead to lock up the market at about 8 a.m on November 20 and in response, I asked members not to open their shops until they hear from the union,” he said.

Daudawa said that the market was later opened at about 1 p.m by the market authority but insisted that no member should open his or her shop until November 21.

He said that the union would do all it could to ensure that its members paid their rents and service charges as at and when due.

The chairman advised the market authority to work with the union in settling disputes to prevent the breakdown of law and order and its attendant economic losses.

Daudawa assured that the union would meet relevant stakeholders and security agencies to find a solution to the problem and prevent reoccurrence.

KMDMC had in a statement said it would not relent in recovering all outstanding charges from the traders.

Mr Hafiz Bayero, it’s head, said that all relevant stakeholders, including traders and security operatives, were notified of the exercise, which entailed partial closure of the market.

“We closed 19 of the 29 gates of the market to check the level of compliance. Security personnel and our staff were stationed at the gates to identify defaulters and deny them entry.

The measure became necessary after several steps taken to get the shop owners to pay all outstanding rents and service charges failed,” he said.