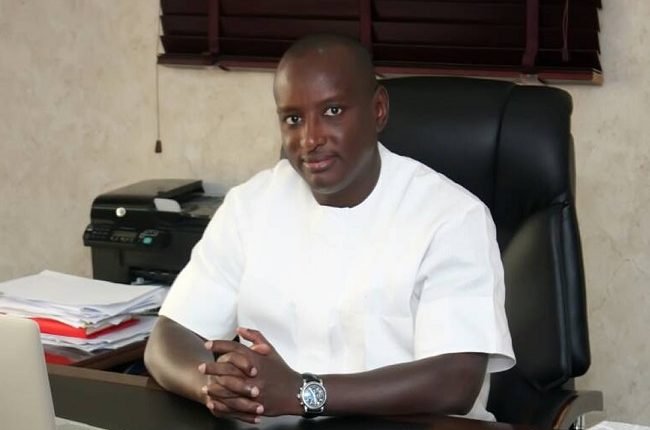 The immediate past President of the Nigeria Ship-owners Association (NISA) and Managing Director/Ceo of Sea Transport Services, Mallam Aminu Umar has revealed that the reason ships still drop anchor at the Secure Anchorage Area (SAA) despite an order by the Nigerian Ports Authority (NPA) that it stop operation is because many of the vessels that visit Nigeria ports have contractual obligations to insurance companies which restricts them (ships) to the Ocean Marine Solution Limited (OMSL) controlled anchorage on arrival.

On why vessels still prefer to stay in the SAA where they pay instead of staying in the Lagos anchorage area where they won’t pay to stay, the Sea Transport Services boss explained that many vessels that call at Nigerian ports are under contractual obligation by their insurance companies not to go beyond the port of Lome, which is considered safe enough by these insurance companies, and if they must go beyond Lome, they must stay inside the SAA while in Nigeria waters.

“Many of the ships are under a contractual obligation with their insurance firms, and that is why the government cannot scrap the SAA overnight. If the SAA is scrapped overnight, most of the ships will stop at Lome and refuse to come into Nigeria waters because their contractual obligation with their insurance firm says, if they must come to Nigerian waters, then they must stay inside the SAA.

“OMSL had done its homework as regards the SAA by informing the various foreign countries and institutions like Lloyds Registers and others that there is a secured place in Nigerian waters where vessels can drop anchor and be safe from attacks. Many insurance companies have vetted this OMSL claim and thus take these into consideration when they enter into contract talks with vessels.

Recall that the NPA, in October of 2019, had notified the Nigerian Navy of its decision to dismantle the SAA operated on behalf of the Navy by a private company, OMSL Limited.

FACT CHECK: Did Zulum Celebrate Salah With Borno’s ‘Poorest’?
A viral message, which emanated from Whatsapp and was later posted on the Facebook page of a national newspaper, claimed that Borno State governor, Professor Babagana Umara Zulum, celebrated Sallah with the poor citizens in the state…NPA’s directive cancelling SAA

Why The Colour Of #RevolutionNow Was Not Arab Spring-Red
THEY all happened almost simultaneously, as if in a choreography. On February 9, 2011, a huge crowd of protesters had gathered at the Tahir Square in Cairo, Egypt. Unruly, eyes dilating like pellets of ice immersed in mug-full Campari liquor, it was obvious that this was a crowd determined to change the status quo. They shouted anti-government slogans, calling for an end to oppression, economic adversities and collapse of the Arabian spirit in the Arab world…NPA’s directive cancelling SAA

The Marlian Gang: Lifestyles Of Youths Who Claim To Be Lawless, Lack Manners And Home Training
MUSIC and musicians through the ages have demonstrated the tendency to influence not only the present generation, but also the future generation. No wonder, decades after they might have gone, generations later are still inspired by them…NPA’s directive cancelling SAA

We Are Worried, Disappointed Over Edo Politics — US
THE United States on Friday said it was concerned with reports of the deteriorating political climate in Edo State. The US Mission in Nigeria, in a statement on its social media platforms, also said that it was disappointed with the role of some political actors in the state. The statement reads: “As long-time friends of Nigeria, we continue to follow political developments ahead of off-cycle elections in the country. The United States supports a democratic process where the will of the Nigerian people is reflected in the results, and does not favour any party or candidate…NPA’s directive cancelling SAA